Any self-respecting Croatian has his perfect little panoply of supporters: jerseys, scarves, hats, caps and other car flags are thus cheerfully combined with the red and white checkered flag. This charming equipment quickly becomes ubiquitous as soon as one of the national teams, especially those of football and handball, finds itself on the front of the stage during a major competition. 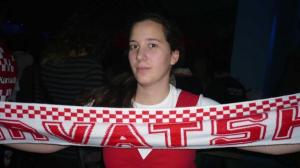 The cities are then transformed into stands of stadiums resembling a gigantic Croatian flag along the many giant screens that flourish both on the main square of Zagreb and in the old fish markets of the Dalmatian islands. Life simply stops for a half-time and if the atmosphere is generally good-natured, the alcohol flows freely and it is better not to support the opposing team under penalty of having to quickly pay too much for a tour general… Experience unfortunately experienced during the recent handball world championship won by France! 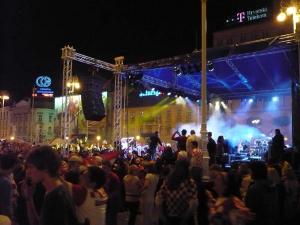 This national pride can be explained by the youth of the Republic of Croatia, by a sporty people by nature and therefore by an impressive percentage of top-level athletes for a country of just over four million inhabitants. Let us quote among others Goran Ivanisevic, Zvonimir Boban, Drazen Petrovic, Janica Kostelic,… and many other sportsmen with names and first names massacred on the waves of French radios and TVs. These soccer players, basketball players, handball players, tennis players, skiers, etc. are all more motivated than the others when they put on the checkered jersey and there are so many reasons to push Croatians to use quality sports facilities in large numbers in the country. Don't hesitate to discuss sporting topics with your Croatian hosts; you will be amazed by their sports culture. 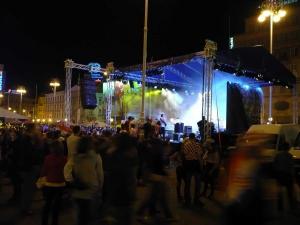 On the trail of the Da Vinci Code in London ❯

Sibenik and its cathedral

The parks, gorges and lakes of Croatia Sport and nature!

Vis, the paradise of yachtsmen

add a comment from Supporters – Proud to be Croatian