The 6 must-see things in Algiers 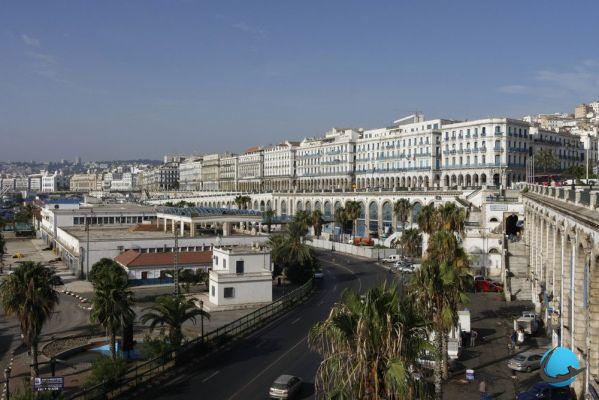 Algiers, a city to be explored on foot to understand its entire history

Algiers la Blanche, Algiers la Joyeuse, capital of Algeria on the shores of the Mediterranean, is divided into two zones, one modern and one ancient. It is also home to one of the continent's largest ports. In full expansion, this metropolis is open to the world and is worth a detour. It is also one of the trendy destinations in 2017. So, before you leave, here are the 6 must-see visits during a trip to Algiers.


1. The Kasbah of Algiers

The Casbah is the “citadel”, the old quarter of Algiers, the old precolonial city which belongs to the world heritage of Unesco. In the heart of the city, it is an architectural reference with its white houses, its winding streets that lead to stairs.

We go up and down on this rugged terrain to discover a mixture of Arab, Berber, colonial styles. We pass in front of palaces, artisan shops, mosques, small cafes. We stop in front of the Mustapha Pasha palace for a view of the bay of Algiers.

2. The mosques of the Casbah

There is a lot to admire, but one can quote that of Ketchaoua built in 1436 then rebuilt in 1794. From 1832 to 1962, it becomes a Catholic cathedral flanked by its two minarets.

The Jamaa al-Jdid Mosque or Fishery Mosque by the Sea was erected in 1660 in Ottoman style. It is reminiscent of those of Istanbul with its domes and its 27-meter-high minaret.

3. The Maqam e'Chahid or monument of martyrdom

Raised in 1982 to celebrate the twenty years of the independence of Algeria, it dominates the city and it is one of the first monuments that one sees when arriving in Algiers. You can go up there by cable car for a breathtaking view of the city and the test garden.

For a moment of calm among birds and lush vegetation, head to the Jardin d'Essai. Built in 1832, it is home to more than 3 plant species and it is a real pleasure to walk there.

5. Our Lady of Africa

It dominates the west of Algiers in the Bologhine district. The interior is superb with its colors and engravings. Designed by a French architect in the XNUMXth century, it is said to be the twin of Notre-Dame de-la-Garde in Marseille.

6. The Dar Aziza and Jenina palaces

Place des Martyrs, the palace of Dar Aziza is a typical Algerian house. That of the Jenina, built in the 1844th century was largely destroyed in XNUMX but part of it can still be admired.

The 7 wonders of Mauritius ❯

Travel more thanks to Nightswapping

Travel to Cuba: where to go and what to visit on the island?

3 things you didn't know about the Fernsehturm in Berlin

Add a comment from The 6 must-see things in Algiers