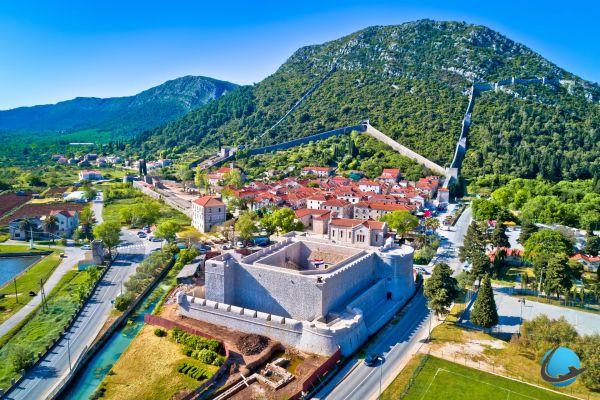 Are you going to visit Croatia soon, this little piece of land in the shape of a horseshoe? If its beaches are now famous, it is good to know its culture before going there. Discover this country full of contrasts, which presents a variety of reliefs. Also learn the history of Croatia to better immerse yourself in it during your stay!

Geography of Croatia: a country of varied relief

Croatia is a surprising country, made up of high and medium mountains that plunge directly into the Adriatic Sea, resulting in wonderfully sculpted landscapes.


A land of contrasts

Croatia is a country with curious shapes that evoke indifferently a crescent or a horseshoe. From east to west, the country is made up of plains and hills, mountains and a rocky coastline. Thus, the Pannonian plain, irrigated by the Sava, the Drava and the Danube, covers most of the Croatian territory. Its relief is fairly gentle and essentially gives rise to farming. It is in these plains that we find Zagreb, the capital of Croatia. 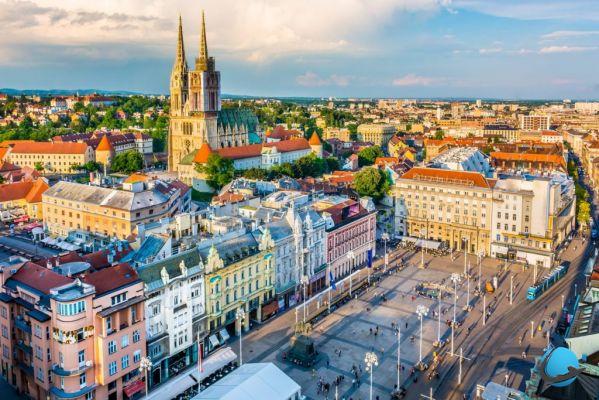 The relief of the country is made up on the one hand of the high karst plateaus of the Lika, and on the other hand of the Dinaric Alps. These are very sparsely populated areas, but ideal for hiking. Many products come from these different agricultural areas: salami from Slavonia, smoked ham from Dalmatia or cheese from the island of Pag. 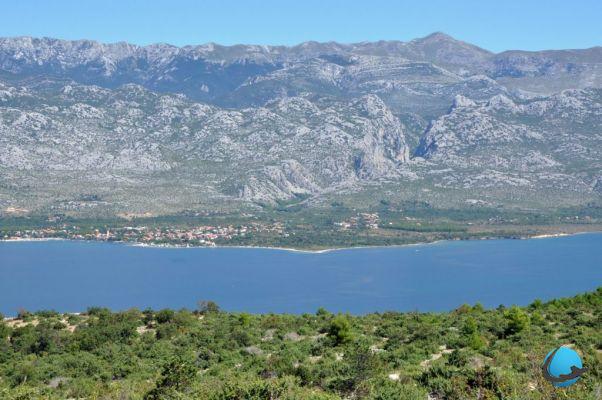 Finally, the coastal zone runs along the Adriatic Sea for 1 kilometers. The mountain ranges plunge directly into the sea, making the coastline rugged. About that, the country is also made up of very many islands (no less than 698, not counting the islets and reefs). Facing Venice, the region of Dalmatia has long been dominated by the Serene Republic, giving it a Mediterranean lifestyle to say the least.

It is a region rich in national parks and culture. It is also the most touristic in the country, because of its many beaches. It has many national parks, as well as sites classified as World Heritage by UNESCO:

This geographic diversity implies a relatively large diversity of climates. Thereby, mountain, continental and Mediterranean climate follow one another on a country of a size less than 60m².

An economy focused on the Adriatic

The hard-won Dalmatia has allowed Croatia to turn part of its economy on tourism. It is besides the country's leading economic sector, a pillar sector. Also, the country is setting up a series of infrastructures intended to attract new visitors each year. The most famous form of tourism is undoubtedly seaside tourism. Many islands and beaches are frequented:

This beach, moreover, changes shape depending on the wind, which is very present in the region. However, other forms of tourism are gradually taking off. Green tourism is practiced more and more, with many hikes in national parks, but also in the mountains. Also health tourism, as well as cultural tourism, a reflection of the vagaries of Croatia's history.


History of Croatia: from struggles to independence

Croatia has long been a land of struggles and challenges, mainly due to Dalmatia, a real gateway to the Mediterranean for many countries.

Croatia was once under Roman rule, and more specifically from Emperor Diocletian, who ordered the construction of monuments such as the Fortified Palace of Split. The persecutions against Christians were then among the hardest moments in this region. Today, many vestiges of this Roman period can be visited: the amphitheater of Pula, the ruins of Solin and many others. 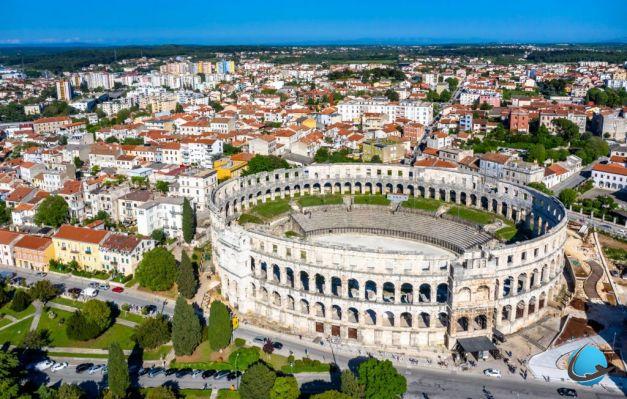 Clashes ensued between the Carolingian Empire and the Byzantine Empire. It was at this time in Croatia's history that a union with Hungary is carried out. The latter then dominates the region ...


Under the domination of Venice, Austria-Hungary and France

The Venetians in turn invaded Croatia, and more particularly Dalmatia. In 1205, Dubrovnik finally recognized the Venetian suzerainty. Dubrovnik has long been seen as a rival by Venice, which took advantage of a crusade to destroy the Croatian city. 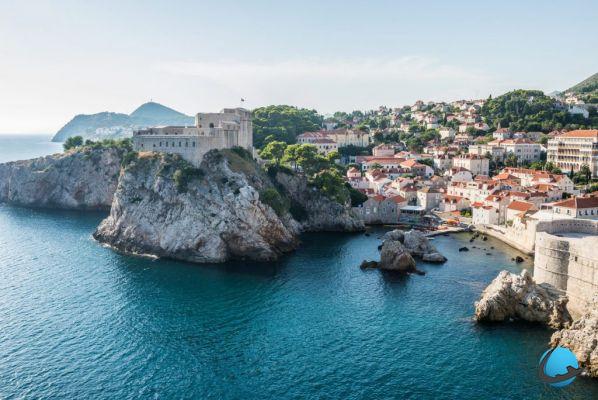 Croatia is then placed under Habsburg domination in order to best fight against Byzantine inclinations. After the defeat of Wagram, part of Croatia is subject to France, under Napoleon 1st. With the fall of the French Empire and the defeat of Waterloo, the Croatian lands returned to the Austro-Hungarian fold: Dalmatia and part of the Croatian lands belong to Austria, the other Croatian part to the Hungarians.

In 1848, what is commonly called the Spring of the Peoples and which is the result of the French Revolution. The Croats seek to get rid of the Austro-Hungarian yoke and to create a Yugoslav country, that is to say a country of the South Slavs. With the annexation of Bosnia to the Austro-Hungarian Empire, all Croats, for want of being free, are at least united under one flag. This increases tenfold their desire to free themselves, which, until then, had manifested itself in a disorderly manner. From now on, the Croats cherish the dream of creating a Yugoslav country.

The First World War once again redraws the map: in order for Rome to rally to the cause of the Entente Cordiale, a Pact was signed in London which provided that Istria, Rijeka and Zadar would be annexed to the Italian peninsula as soon as the victory was won. acquired. In parallel, in 1918, Yugoslavia was finally founded. But Nazi Germany invades this brand new country. 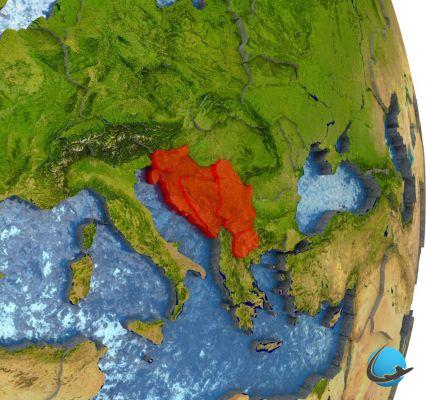 Map of the former Yugoslavia

Yugoslavia is reformed at the end of the war. Led by Tito's Communist Party, it is a federation of different countries that all claim their supremacy over their neighbor. Two peoples stand out clearly: Serbs and Croats. When Tito died in the 80s, ethnic rivalries were exacerbated. Milosevic's Serbia and Croatia no longer contain their hostility. Croatia proclaims itself independent.

Republic and affirmation of the Croatian state

This independence was made effective with the fall of the Berlin Wall. Dubrovnik is then attacked by the Serbs. Terrorist attacks are becoming commonplace, but Croatia is holding on. It is even recognized by a majority of countries around the world. The creation of the State of Croatia is very recent and was the result of an almost millennial fight against the various invaders. From now on, Croats are free to profit from their wealth, and they are proud to share them with us!

Croatian culture: between traditions and modernity

Croatia's history shows that the country is young. Corn la culture slave is an older culture, which asserts itself on all occasions.

A nation proud of its identity

Croatia was formed mainly from the faith of the inhabitants in their Slavic identity. Constantly shared between different kingdoms or empires (Venice, Austria-Hungary and France), Croatia's history only stabilized in the 90s. The identity of the country as we know it was in fact forged from its differences with its neighbors in the Balkans, be they Serbs or Montenegrins. Thus, unlike many countries on the peninsula, Croatia fully integrates Western values. She goes so far as to be integrated into the European Union, probably helped in this by the long Italian and Austrian presence on its lands.

A strong presence of the Catholic religion

If there was any need to bring out the uniqueness of Croatia compared to its neighbors, religion would probably set a very good example. Indeed, the countries of the former Yugoslavia are predominantly Orthodox, while Croatia is Catholic. You will see many churches and cathedrals as you travel the Croatian roads, not to mention the Bibles that bloom on many stalls. 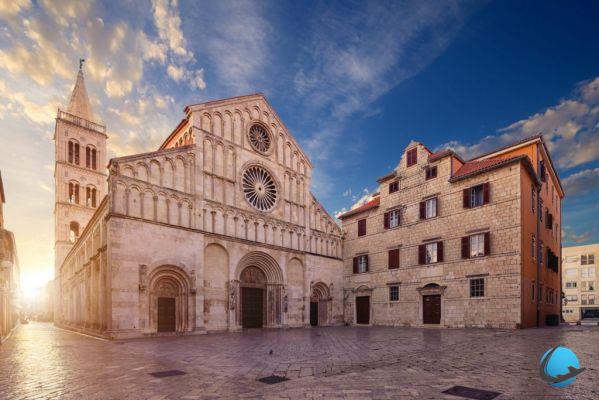 The Cathedral of Saint Anastasia in Zadar

This is explained by the recent history of this country, long dominated by Tito, who fought against the religion of Rome. At the end of his reign, there has been a strong increase in the number of baptisms and religious marriages. Moreover, on Sundays, avoid visiting the various churches: many Croats practice their religion diligently.

A country where culture is omnipresent

Croatia is often thought of in terms of seaside tourism and rivers. However, the history of Croatia has made it above all a country with a rich heritage. The importance of the regime changes allows the visitor to visit archaeological sites (Solin) and palaces from the ancient period, but also castles from the Middle Ages (Château de Trsat), or even Baroque or Renaissance cathedrals. (Sibenik Cathedral). 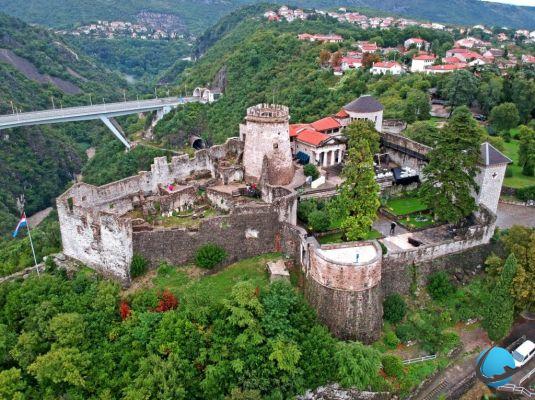 However, Croatia also has an impressive concentration museums and galleries, but also many festivals, whether carnivals or music such as the Dubrovnik Summer Festival.

To know the history of Croatia… is to better understand its culture!

Now that you know more about the fundamentals of the country, all you have to do is prepare for your stay! Discover unmissable visits from Croatia and all our practical information.

Leisure parks: the crisis does not come on vacation ❯