The South West coast: from Esperance to Cap Naturaliste 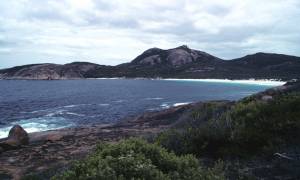 The South West coast of Australia has arguably the most beautiful beaches in the country, in a wild environment and sometimes only accessible by all-terrain vehicles.

The Esperance region is renowned for its national parks, which protect part of the coastline and fascinating land areas with the diversity of their vegetation and relief.

Among these parks, that of Cape Le Grand is the best known.

50 km from the city, its tortured relief of granite and gneiss allows beautiful hikes, in particular the one that leads you to the summit of Frenchman Peak, with a breathtaking view of the coast, its white sand beaches and in the distance, the Research Archipelago. 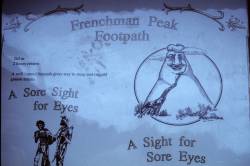 These French place names should not surprise you: many explorers of the region were French.

Esperance and the Archipel de la Recherche take their name from the two ships of Admiral D'Entrecasteaux's expedition, commissioned in 1791 by Louis XVI to search for Captain de Lapérouse, who had disappeared three years earlier.

Le Grand was an officer on the Espérance.

In Cape Le Grand, the beach of Lucky Bay, with its fine white sand and its turquoise (but cold!) waters is not to be missed.

July to December is also wildflower season throughout the Southwest, which is particularly varied in this park.

Further along the coast, Stokes National Park contains a large cove lined with tea trees and which serves as a breeding ground for many fish.

Going up the coast, we arrive at Denmark and Walpole-Nornalup, where the good idea is to leave the beaches for the forests. The D'Entrecasteaux National Park, offers a very indented coast with many rivers flowing into the sea as well as beautiful beaches. 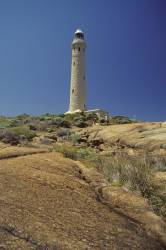 Going north along the coast, we arrive at Cape Leeuwin, with its beige stone lighthouse.

The view is magnificent from the lighthouse.

Not very far, after the town of Margaret River (known for its surfing beaches) is Leeuwin-Naturaliste Park, with its sumptuous coastal landscapes.


The entire South West coast is an ideal playground for lovers of uncrowded beaches and wild landscapes.

Even outside the national parks, there are still secluded bays. 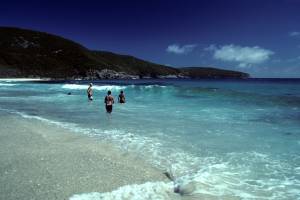 Many beaches are only accessible by off-road vehicle and here beach driving is allowed almost everywhere. You will recognize the locals by their 4×4 equipped with a hitch with a boat: going fishing at the weekend while camping on the beach is a national sport! They are also often good advice to show you places off the beaten track.

add a comment of The South West coast: from Esperance to Cap Naturaliste