Fox Studios opened ten years ago and today hosts the filming of many movies and TV shows.

Located just ten minutes from the center of Sydney, Fox Studios opened in 1998 and now hosts a growing number of internationally exported productions.

Australian cinema explodes the box office and we understand why!

The Fox Studios are divided into two parts: the part reserved for film professionals, which unfortunately cannot be accessed, and the Entertainment Quarter, which is accessible to the public.

This part of the Studios, which it takes at least fifteen minutes to cross as it extends over several hectares, is characterized by its appearance of a real village: there are restaurants, cafes and bars broadcasting cricket matches on giant screen, as well as about fifteen clothing stores like there are in any city centre!

But the seventh art is never far away: casting and production offices, buildings plastered with signs announcing the production in progress… Fox Studios breathes cinema right down to the names of its streets!
There are also film and music schools, such as the Australian Film Television and Radio School, whose students are undoubtedly destined for a film career! 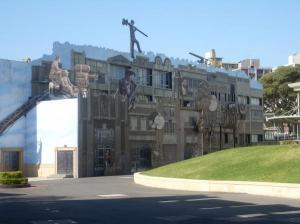 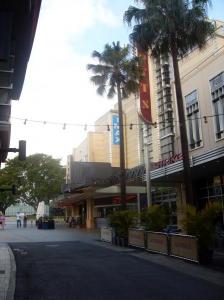 The Entertainment Quarter, because of the space it offers, is also the number one meeting place for previews.

Let it be "Moulin Rouge!" in 2001 or "James Bond" in 2008, the Hoyts cinema (one of the two Fox Studios cinemas) regularly rolls out its red carpet!

The first good news, if you are a fan of cinema, is that it is very easy to get there to see the actors, the production or the Australian celebrities accustomed to the red carpets; the second good news is that unlike the previews that take place in the City, you will have no trouble seeing all these people up close.

The Fox Studios, which therefore extend over several hectares, have numerous recording studios, production offices, casting agencies and sixty different companies that specialize in everything that a film production requires: costumes, post-production or even special effects.

Because many shootings take place at the Studios, Sydney being the main city (if not the capital) of Australia.

Most of the shootings are those of Australian television series, advertisements or “Australian Idol”, the equivalent of “Searching for the New Star” which takes place once a year, before the summer.

Among the recent films that have passed through the doors of the Studios, we can mention "Jumper", "Speed ​​Racer", "Wolverine" (the sequel to the "X-Men" trilogy) or even "Australia".

These films do not tell you much, or simply nothing at all?

However, it is certain that among everyone's cinematographic repertoire there are several Australian films, of which here are the best known:

the “Crocodile Dundee” trilogy that everyone has seen at least once in their life, the films of Baz Luhrmann (“Romeo+Juliet”, “Moulin Rouge!” and “Australia”), “Pricillia, Mad of the Desert” , "Mad Max", "Babe 1 & 2", "Miss Daisy and her driver", "Muriel", the horror film "Saw", "A Cry in the Night", "Jindabyne", "The Piano" which was awarded three Oscars… 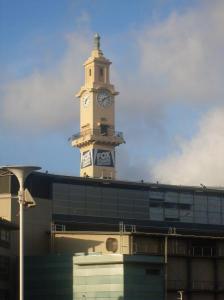 As for Australian actors and actresses, they are not left out:

To believe that Australian cinema has always been present in our DVD collection...

And if you still hesitate to believe me, take a look at the links below… they will undoubtedly convince you of its magnitude!

A list of all the actors, directors, costume designers and more… Australians, of course.

add a comment from Fox Studios and Australian cinema