Rio de Janeiro and its mountains

Perched on the mountain of Corcovado, the statue of Cristo Redentor imposes itself without context as the symbol of Rio de Janeiro. The guardian of its inhabitants, the pride of the cariocas. 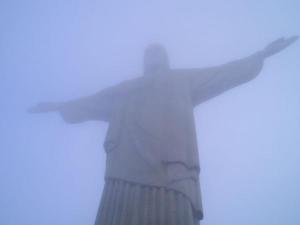 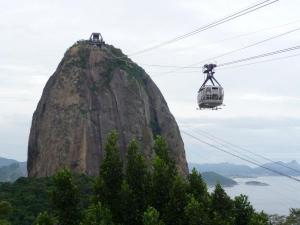 There are two ways to get there: by road, a taxi or a bus can drop you off at the foot of the rock, the entrance then costs 13 reals per person;

or by train that takes you in 25 minutes through the lush vegetation of the Tijuca forest, but the ticket this time costs 45 reals.

The Tijuca Forest is an experience in its own right, it occupies 20% of Rio's surface and boasts of being the largest urban forest in the world!

At 710 meters above sea level, the Corcovado dominates the entire city of Rio. Panoramas are almost guaranteed, but be careful, the mountain is often trapped by mist!

Even in the fog, the statue of the Cristo Redentor – which itself measures 38 meters high and weighs more than 1100 tonnes – will not leave you unmoved.

And will surely make you want to go for a ride on the mountain opposite, the legendary Pain de Sucre.

A breathtaking view… From the top of Sugar Loaf Mountain, it is impossible not to fall in love with this city of Rio de Janeiro.

This mythical rock faces the Cristo Redentor, so it is from there that you can take the most beautiful 'tourist' photos in Rio. 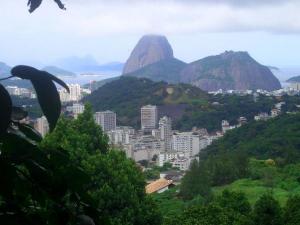 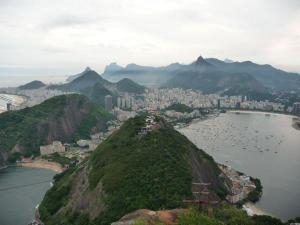 Better not to be too dizzy first! The summit of Sugar Loaf rises 400 meters above sea level and is reached by two cable cars.

Departing from the pretty little beach of Urca, tickets are on sale for 45 reals. The high price but the visit is worth it, the view is so breathtaking.


For thrill seekers, it is also possible to get there by helicopter, or to climb the rock with a guide!

Once up there, choose your bench and order a Brazilian cocktail while admiring the row of beaches of Copacabana and Ipanema beaches on one side, or Guanabara Bay on the other. Drink, breathe, you are in Rio!

add a comment of Rio de Janeiro and its mountains