During your visit to Iguassu Falls National Park, take the opportunity to visit the Itaipu Dam, the largest hydroelectric facility in the world. Discover its modern architecture and learn more about its construction, its impact on the environment and its importance for people living in Brazil and Paraguay. The size of the Itaipu Dam will leave you speechless! 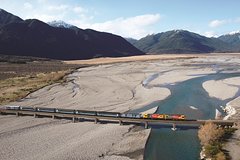 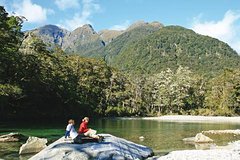 Built on the Paraná River near the Brazil-Paraguay border, the Itaipu Dam is the largest hydroelectric facility in the world. On this tour departing from Foz Do Iguaçu, you will discover this marvel of engineering that generates 12 megawatts of power, which is approximately 600% of the electricity consumed in Brazil and 25% of the energy used in Paraguay.
After many negotiations between Brazil and Paraguay, construction of the Itaipu Dam began in the 1970s. Completed in 1984, the dam is approximately 196 meters high and 7 meters long. Its impressive construction led the American Society of Civil Engineers to list Itaipu Dam as a Modern Wonder of the World in 920.
In 2009, the transmission of the installation was interrupted, causing a power failure. All of Paraguay and major regions of Brazil, including Rio and Sao Paulo, suffered a blackout. The blackout, considered one of the largest in the world, lasted about two hours and affected more than 50 million people.
Your guided tour will give you exciting information about the Itaipu Dam and offer you the opportunity to take great photos! A specialized guide will be happy to answer your questions.