Where to go in August? Our summer destinations 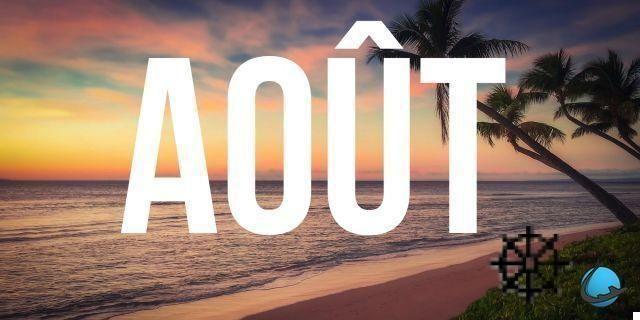 Going in August? At the height of the heat, the tourist overcrowding and peak prices? Rest assured, many destinations for vacationers at this time of year will meet everyone's expectations in terms of climate, activities and budget.

Go to the sun in August, the best destinations 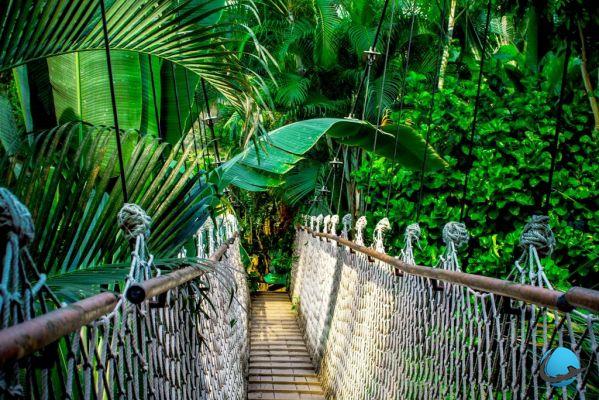 Suspension bridge in the Amazon

The whole of Europe and North America guarantee you great weather everywhere, but often also very hot weather in this hottest month of the year. August is an ideal and best time to discover amazonia. On the other hand, you will avoid countries like South-East Asia, in particular India where the monsoon is still present as well as the West Indies, the Caribbean and Mexico regularly affected by cyclones. For a 100% sunny holiday, also avoid New Zealand or southern Australia, which experience the (quite relative) cold of the southern winter. Everywhere else in the world, good weather is guaranteed!


Where to go inexpensively in August?

A beach in the Dominican Republic

Spain remains a still affordable destination in high season in regions like Galicia where prices are similar to those in the south of the country 15 years ago. The Turkish Riviera is also the delight of small budgets. Fancy a fiesta and relaxation at a lower cost? Direction the bulgarian coast on the shores of the Black Sea where superb beaches await you and a “mini mini” cost of living. You will easily find a night for two people in a hotel for € 30. Treat yourself to the luxury of Caribbean cheap in the Dominican Republic with very affordable all-inclusive accommodation (beware of cyclone risks, however). 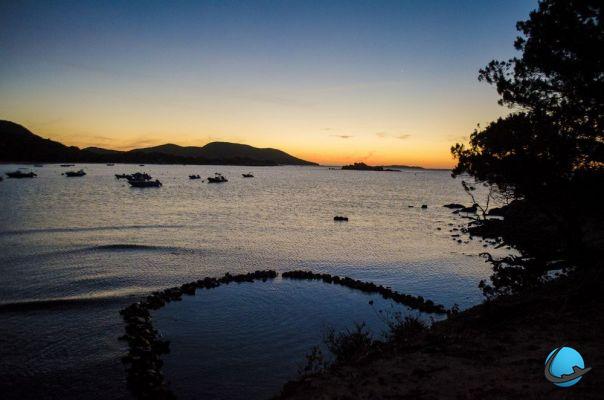 Palombaggia beach is one of the most beautiful in Europe

To combine beach and sun, there is no need to go very far, as the French coast and many tourist regions in France have to offer. From Brittany to the Côte d'Azur or even Corsica, you will be sure to have an excellent family holiday in lodges or campsites where entertainment is guaranteed in high season. Outside our borders, Cyprus and its three water parks, zoos and numerous beaches will delight parents and children who are happy to practice a host of nautical activities. Montenegrin is an ideal destination to go with your loved ones in the heart of summer. You will appreciate the richness of its national parks, its adventure parks, its canyons and the beauty of the mouths of Kotor the jewel of Montenegro. But perhaps you will take advantage of the long vacation to take a family road trip in Canada, a vast country renowned for its wide open spaces which offers many possibilities for original outdoor activities. A perfect opportunity to observe bears in their natural habitat, seals or whales and sleep in a tipi or a cabin in the middle of the woods!

Ideas for a romantic getaway 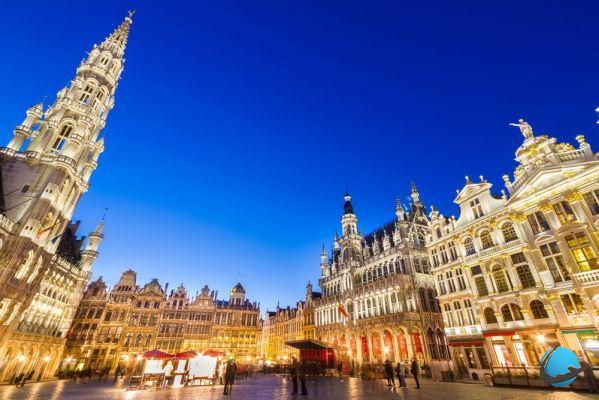 The Grand Place in Brussels /

Fancy a romantic city break? Many cities will meet your expectations. You will succumb to the charm of the canals of Amsterdam, to the beauty of Paris as the Parisians desert the capital, to the superb Flemish Renaissance architecture of Brussels, to the romanticism of the Stockholm archipelago, to the bustle of the alleys ofOslo or in the splendor of Saint PETERSBOURG. August is also the ideal time to discover New York for two, to take a romantic stroll along the Hudson River or in the coolness of Central Park. Live new experiences as a duo in Iceland where the days are long in the middle of summer with temperatures around 20 ° and take the opportunity to take a romantic bath in the turquoise and warm waters of the “Blue Lagoon”. You can also set sail for Bali, “the island of the Gods” or the Seychelles, a true paradise on earth, then in the middle of the dry season.

Travel idea in August in Europe 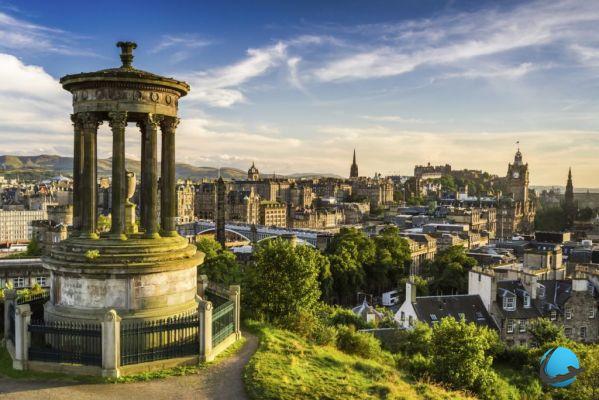 If you want to escape the heat, discover Ireland where temperatures do not exceed 20 °. August is the ideal month (because it is the least rainy) to explore Connemara, hike around the lakes or visit exciting cities like Dublin and its natural history museum. Edinburgh and its three-week international festival feels like a real open-air party this time of year. You will also enjoy the mountains of Macedonia, still little known, where many medieval monasteries are hidden. They are suitable for the practice of nature sports such as hiking or mountain biking. Looking for a sunny destination? You will have the choice between European holidays in Sardinia, Sicily, Spain, Portugal, Balearic, in the Canaries, in Malta, in the Cyclades… with however some caveats, the tourist frequentation and the tariffs at their maximum.

Where to go in France in August? 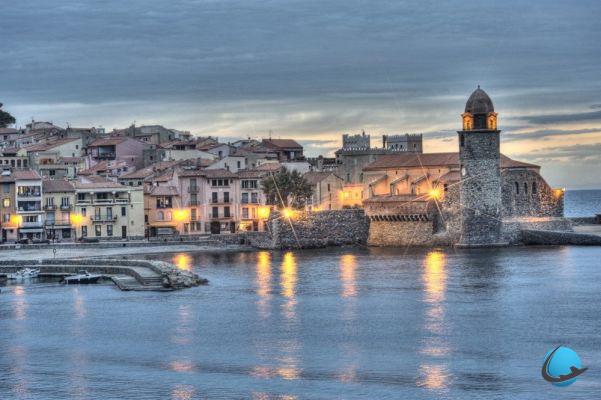 The seaside resort of Collioure (France), at sunset.

At the height of the summer season, holiday destinations abound in France. Bordered by 4000 km of coastline, from the English Channel to the Basque Country without forgetting the Mediterranean coast, France will satisfy both lovers of board sports and relaxation. The French islands (Ré, Oléron, Corsica, etc.) are also very successful with accommodation and leisure facilities suited to all types of holidaymakers. Even if the ocean temperature remains lower than that of the Big Blue, the beauty and immensity of the Atlantic beaches remain undeniable assets. Finally, the climate of the hinterland and of the mountainous areas of the Alps or the Pyrenees, rich in lakes, trails and equipped leisure facilities attracts fans of sports and nature activities.

Where to go in Asia in August? 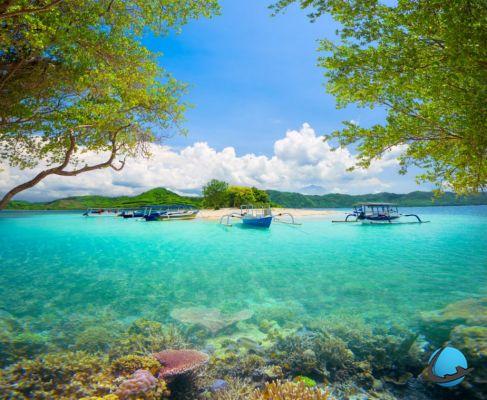 This continent is often forgotten when it comes to scheduling vacations at this time of year. The month of August is indeed the least favorable season because of the monsoon and very heavy rains in South-East Asia. The monsoon spares only a few rare places like Indonesia in the East and the Center of the island of Java or Bali, undoubtedly one of the flagship destinations, due to the dry season which is between May and October. Thailand also enjoys temperatures between 25 ° and 32 ° during August and Malaysia between 20 and 36 °, especially on the east coast and in the eastern part of the country. These two destinations are generally sunny for about twenty days during this period.

Going to Africa, some destinations 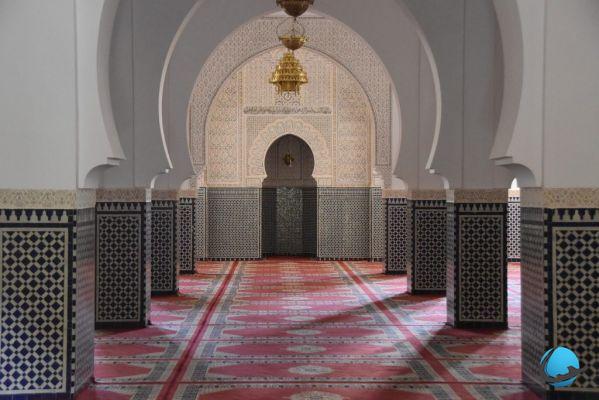 Immerse yourself in the atmosphere of Morocco

Augustians with an adventurous temperament will be seduced by the bewitching Zambia which promises a stay in contact with an authentic people and nature. The more athletic will fly to the islands of the Cape Verde archipelago where many activities await them. At the beginning of the most pleasantly warm season of the year the temperatures are between 25 ° and 30 °. In Morocco they vary on average between 20 ° and 36 ° with the exception of the doors of the desert where the climate can be difficult to bear. At the height of our European summer, Mauritius and Madagascar offer very bearable temperatures during the day, very significant cool nights and almost non-existent precipitation. In general, temperatures are higher in the countries of Central Africa while those located in the south of the African continent undergo the rainy season up to the level of Tanzania.

Where to go in America in August? 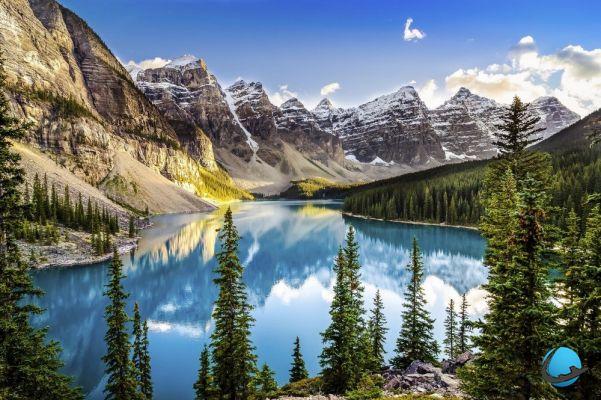 North America is, at this time of the year, marked by a hot and dry climate even scorching in the deserts of the West of the USA. On the other hand, this is the time to visit Canada and more particularly Quebec where the Fête de la Nouvelle France takes place (generally at the beginning of August). This festival celebrates the history of the first European settlers in America with the program of parades, music, performances by street actors. On the side of South America we visit Argentina and Buenos Aires which organizes the international tango festival but also Peru, Bolivia and northern Chile. Going to Bolivia in August allows you to enjoy both the sun and the freshness of the Altiplano and it is also the best season to visit the Salar d'Uyuni, the largest expanse of salt in the world.

Oceania, where to go in August? 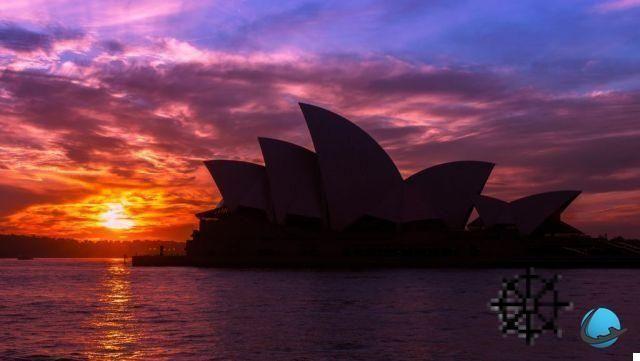 Northern Australia is an ideal destination for a distant and exotic holiday in the sun, with a climate featuring hot days, cooler nights, and little or no rain in August. This is the recommended period to visit Sydney under the relative freshness of winter (between 15 and 20 ° during the day), to enjoy the sunshine of Alice Springs (10 hours per day), the mildness of the Surfer Paradise and Brisbane or to treat yourself to a safari on the island of Frazer Island.

A multitude of destinations for successful vacations

Far from being exhaustive, this range of destinations will help you make your choice for your next vacation in the heart of summer, according to your expectations. So where are you heading in August?

Where to go in Brittany as a couple? Our 7 favorite places! ❯

In which cases can we be reimbursed for a plane ticket?

Where to go in April? Ideas for destinations at the start of spring

Top 10 countries to discover while traveling in 2013

The 10 places to see at least once in your life

Is learning a foreign language on the road a good idea?

Add a comment from Where to go in August? Our summer destinations