At 27, this young woman has (already) been around the world 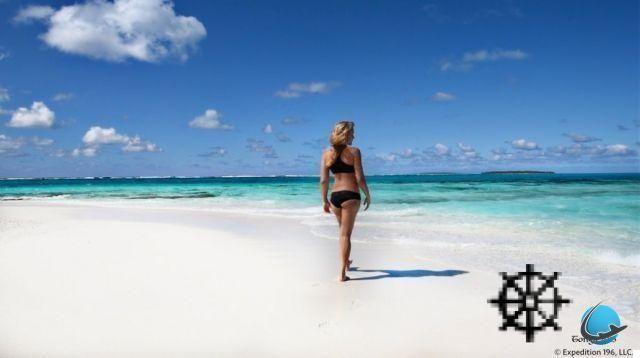 Cassandra De Pecol is a young woman almost like the others. Like many of us, she had an extraordinary dream: to travel the world and land at least one foot in each of the 196 countries on the planet in her lifetime. And she realized it afteran exceptional journey that lasted exactly 18 months and 26 days !

The great adventure began for Cassandra De Pecol on July 24, 2015 and ended on February 2, 2017. Our friend decided to leave the west coast of the United States and therefore start by crossing the Pacific Ocean.
First stop: the small archipelago of Palau. Then Australia. And so on through all the officially recognized countries of the 5 continents.

A performance which will grant him the right to feature prominently in the next edition of the Guinness Book of Records. And in 2 categories: those of the person and the woman to have visited all the sovereign nations the fastest!

A world tour for a good cause

This dream trip, Cassandra De Pecol realized asambassador of an NGO which is celebrating its 30th anniversary in 2017: the International Institute for Peace through Tourism.

As part of this Expedition 196 project, she was able to speak in front of more than 16 students in some forty countries she has crossed and to meet local officials, in order to raise their awareness among other things about sustainable tourism and the serious problem of deforestation. A problem that she did not just mention orally, sinceshe tried to plant trees on her trek in order to symbolically limit the carbon footprint generated throughout the latter.

The best photos of Cassandra's trip

Needless to say, Cassandra De Pecol's world tour will leave her with unforgettable memories etched forever in her memory. To get an idea of ​​what she has been through during these few months, just take a look at her Instagram account, where she has more than 360 subscribers. You will find there the most beautiful photos taken during his real odyssey.

Maybe it will make you want to rush to the nearest airport! Be aware that this trip cost Cassandra about $ 200. It was still largely supported by its sponsors ...

Austria: stunning photos of a house on the head ❯

4 tips for traveling with your pet

6 nature travel ideas to amaze you

What is Vanlife today?

10 tips for traveling in peace

Add a comment from At 27, this young woman has (already) been around the world