Author and references
Spend two days exploring South Africa's cultural roots during this short jaunt from Johannesburg where you'll learn about its turbulent past during the Soweto Uprising and the creation of mankind in Maropeng. 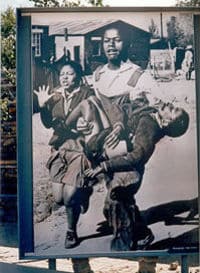 Get a glimpse of daily life in the fascinating city of Soweto, a sprawling metropolis on the outskirts of Johannesburg. Drive along the only road in the world, which carries the honor of the two Nobel Peace Prize recipients. You see the Hector Pieterson Memorial, a symbol of youth resistance to apartheid. Hector was one of the first students to be killed in the 1976 Soweto uprising, he was only 12 at the time. Marvel at Chris Hani Baragwanath Hospital, the largest hospital in the world, occupying an area of ​​173 acres. Discover the origins of humanity at the Origins Center in the heart of Johannesburg. Combining state-of-the-art technology with the creative vision of South Africa's early artists, the museum's narrative structure takes visitors on an extraordinary journey of discovery. Continue to Maropeng and visit the UNESCO World Heritage Site known as the Cradle of Humankind. Here you can board a boat to the underground lime caves under the tumulus (ancient tumulus) where you will learn all about the history of mankind through exhibits that are interactive and educational. It is ideal for the whole family.

Starting point :  Tour departs from hotels in Sandton and Rosebank    Departure time :  08.30 p.m    Return details:  Back to the starting point.
Two days to visit the city of Sydney, a lunch cruise in Sydney Harbor and a trip to the Blue Mountains ❯

Half-day tour from Soweto to Johannesburg

add a comment of Two days of cultural experience in Johannesburg