It's hard to talk about Brazil without mentioning the carnival. Its parades of colors, its floats, its frenzied samba rhythms, the carnival is one of the biggest festivals in the world.

Although it officially only lasts 5 days in February, Brazilians – and especially the cariocas, the inhabitants of Rio – prepare for it for several months! 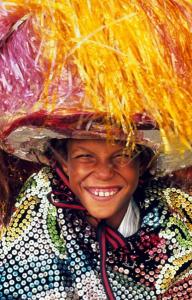 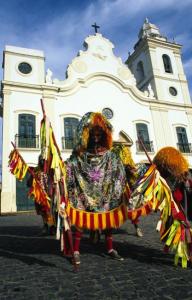 If you go to Rio… don't forget that the joy of the cariocas is contagious.

The festival attracts thousands of tourists every year, but it is impossible to remain a mere spectator… Everyone participates. 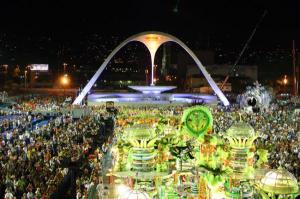 Music, dance and the craziest costumes take over the streets.

On Avenida Marques de Sapucai, the Sambodrome built in 1984 and designed by Oscar Niemeymer welcomes dancers from the most prestigious samba schools for a few days.

700 meters of parades that end in a square cleverly named 'Place de l'Apothéose', where the dancers disperse at the foot of a monumental arch. 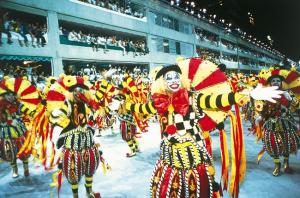 It's not just Rio that the party is in full swing. In Sao Paulo, the carnival was originally reserved for private salons, but under the influence of the samba schools, the dances took possession of the streets there too.

In Bahia, the festivities begin in December, with the Conceicao Beach Feast. And during the carnival period parade colorful trucks equipped with loudspeakers. 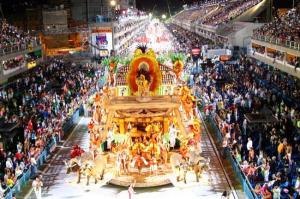 Even further north, the carnivals of Olinda and Recife will delight fans of Frevo, an acrobatic dance, and Maracatu, an African ritual where dancers wear lion's manes and take you to the rhythms of percussion. 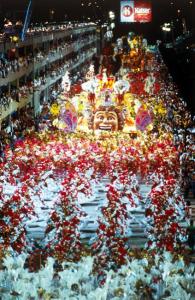 In Rio or elsewhere, mingle with the 'bandas', the street parties, to celebrate the carnival as it should be with the locals. Don't skimp on the caipirinha, and get ready for long nights to the rhythms of samba.

Tickets for Rio Carnival go on sale in September.

Photos: official portal of the Ministry of Tourism of Brazil: www.braziltour.com

The center of Brugge ❯

add a comment from The Carnival – Samba, costumes and street parties