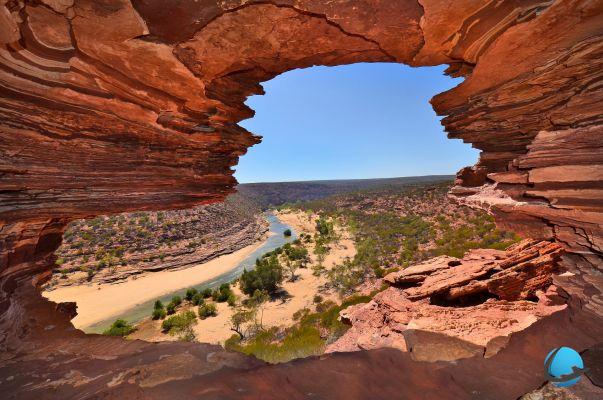 Ecotourism is king in Australia! It's time to refocus your travels on exploring nature and local culture, while respecting the environment of course. No more big hotel chains and organized trips, we invite you to discover Australia through its great natural spaces. Kangaroo Island, Great Barrier Reef and Outback, visit the country "from the inside out" in ecotourist mode. We have selected for you, the 6 most beautiful places where to see nature in Australia, in all its splendor!

Off the coast of Queensland stretches the Great Barrier Reef, an impressive size of 2 600 kilometers. It is a coral reef made up of the debris of small marine organisms, skeletons and shells of animals that have inhabited the reef. Limestone is therefore king and offers you a wonderful spectacle. 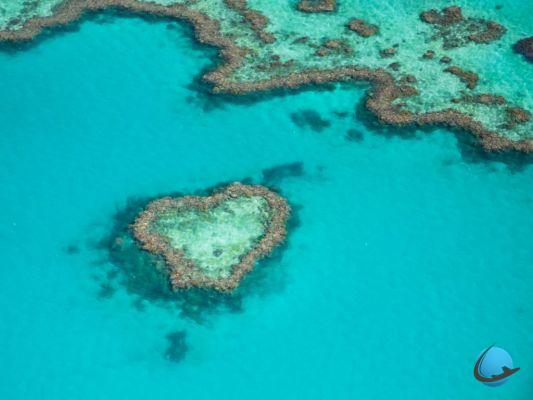 Diving in the waters of the Pacific, you will enter a universe of warm water and shimmering colors and see spectacular fish such as neon lights, clownfish, starfish, not to mention the corals themselves: there are nearly 400 different kinds ! 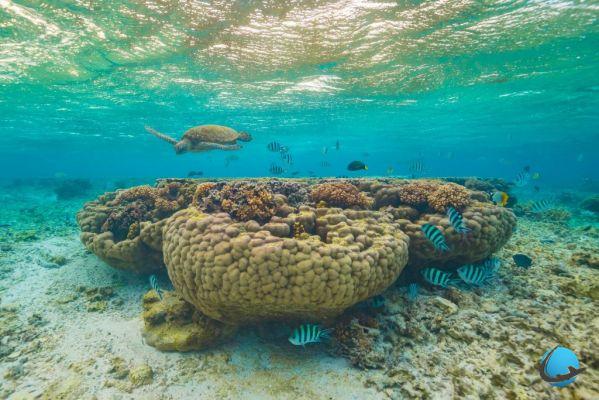 This site, listed as a UNESCO World Heritage Site, is gradually disappearing, eaten away by a starfish, but also by human pollution : thus, sunscreens cause real havoc within this living organism. Departures by boat are organized from the city of Cairns, a small tropical town. You can either dive yourself, or watch the birds ... or simply enjoy the sea air and get a closer look at the different atolls, taking advantage of the glass bottom boats. 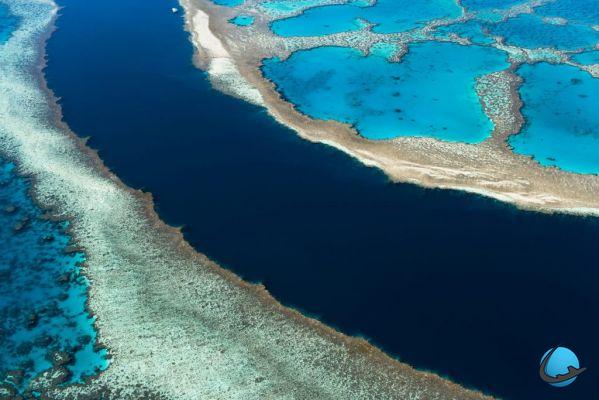 Other natural oceanic sites are must-see in Australia, such as the Ningaloo Barrier. Less visited than its big neighbor with “only” 270 kilometers of reef to explore, it offers an equally interesting fauna with tiger rays, harmless sharks and turtles. 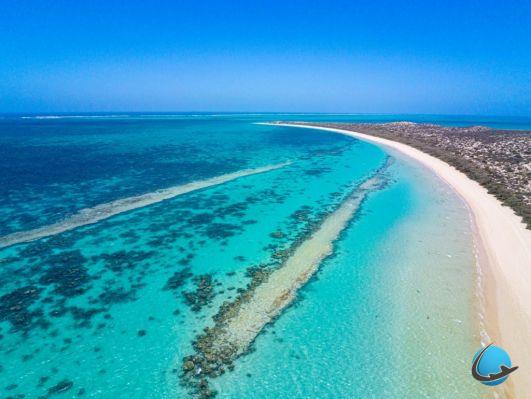 Third island of Australia, Kangaroo Island is a land near Adelaide on which kangaroos, seals, sea lions, koalas and other wallabies live. These animals live in peace, protected by this immense natural park. Here again, you will rub shoulders with spaces that are sometimes green, sometimes desert. 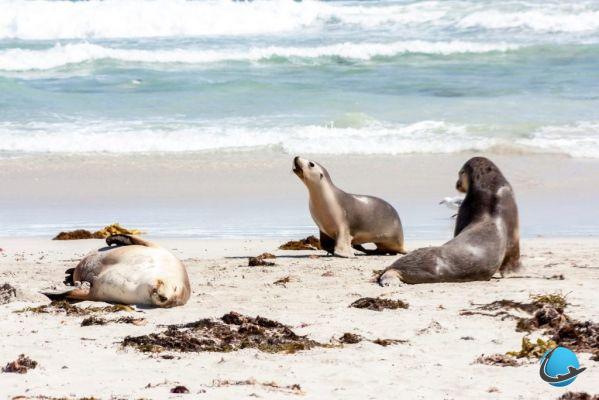 All the splendor of nature in Australia! Thereby, do not miss the Little Sahara, a series of sand dunes as thin as the great desert. Get a board and surf on the sand! 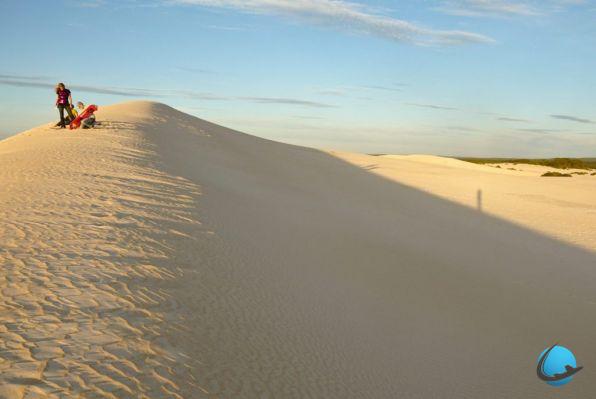 It is near Kangaroo Island that you will be best placed to observe the great white shark. There are about 200 in this region alone.. But don't think you'll be the next hero of "Teeth of the Sea". White sharks rarely attack humans (one victim per year: we've seen the worst serial killer!). 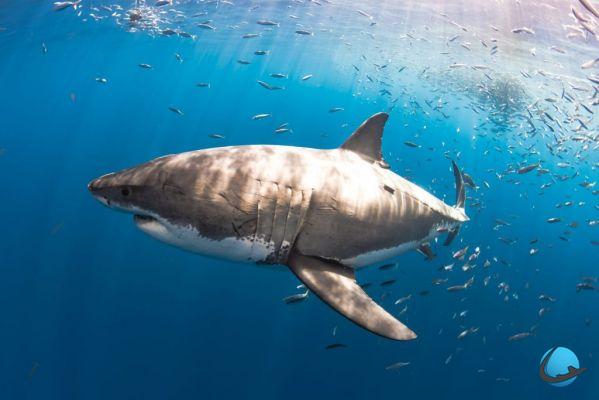 The outback (or bush) is the part located in the interior of Australia. These vast lands populated by herders and aborigines (the native people of Australia, present thousands of years before the first settlers), are comparable to the great outdoors of the American West. 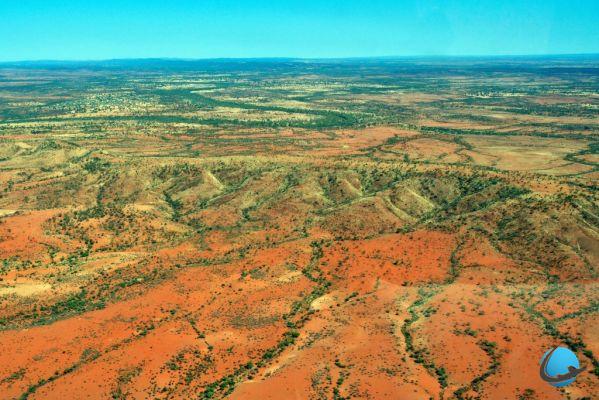 You will be able to meet, among others, many flocks of sheep. Wool is indeed an engine of the Australian economy. Notice to inveterate backpackers: the farmers will welcome you, in return for small services. A way to get to know an authentic and picturesque Australia! 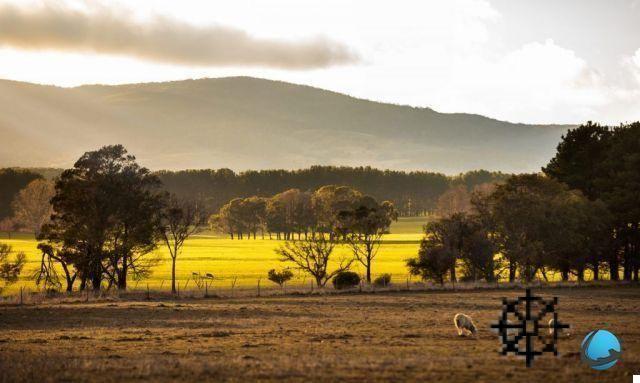 An Australian farm in the Outback

Located in central Australia, the national park is made famous by Ayers Rock, this large red monolith, the second largest in the world (348 meters high, three kilometers long, ten in circumference). 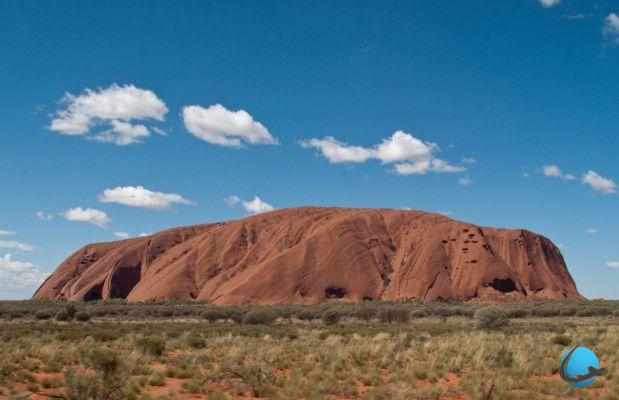 Please note, since 2019, it is forbidden to climb to its summit. Know that in the aboriginal culture, this monolith was born during the Tjukurpa, that is to say during the period of Dreamtime. As much to tell you that it is considered sacred! However, you can take the path that bypasses Uluru (the aboriginal name for Ayers Rock). You will thus avoid offending the guardians of this sanctuary ... 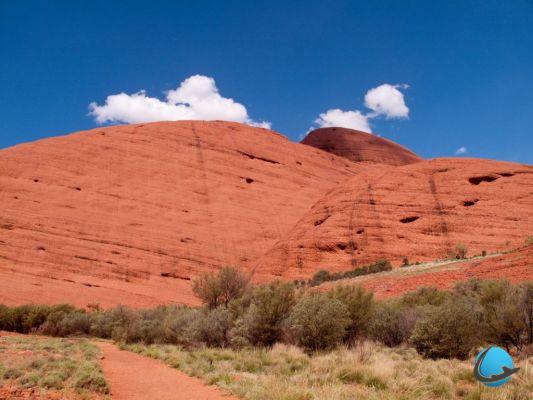 To recover from your emotions, you can stay in the small resort of Yulara, which offers hotels and camping in the middle of the desert. Finally, not far from Uluru, you can discover the Olga Mountains (or Kata Tjuta): this conglomerate of 36 domes forms a landscape much more varied than that of Ayers Rock. Borrow the Valley of the Winds, a marked path which will allow you to slalom around these domes of about 500 meters of average covered with eucalyptus. 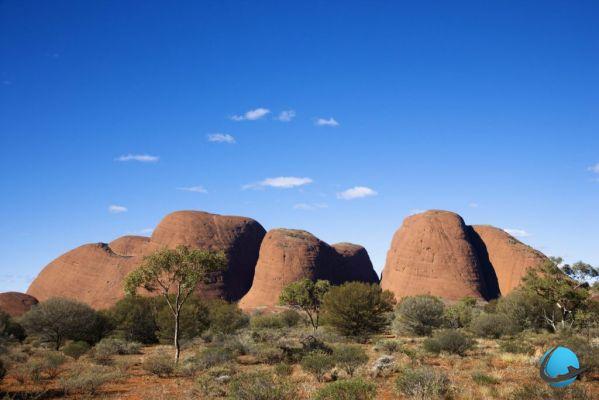 Kakadu Park is Australia's largest park. Located in the northern territories, it presents a characteristic flora and fauna. 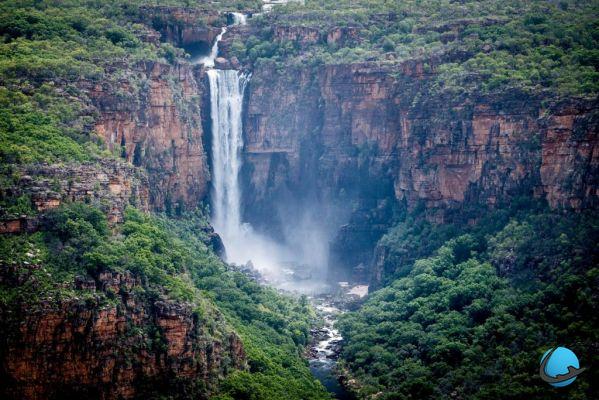 A waterfall in Kakadu Park

This park is listed as a UNESCO World Heritage Site for its archaeological and ethnological wealth, in particular its neolithic remains. 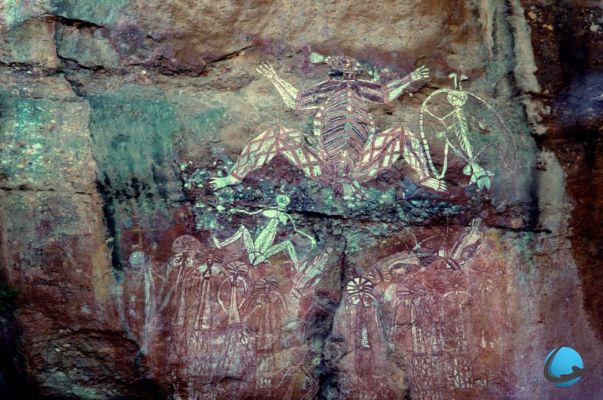 However, beware of alligators on the edge of swamps, very numerous in the Outback… they are an integral part of nature in Australia. Isn't Crocodile Dundee who wants! Stay on the marked lanes, which will lead you straight into an aboriginal village. 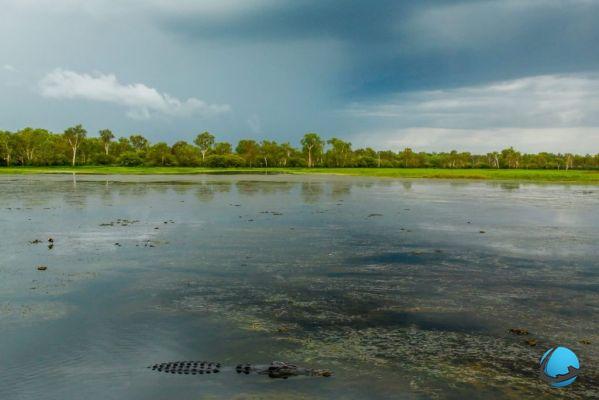 A crocodile at Kakadu Park

Another place also appearing on the Unesco lists: les Blue mountains . If their name has something to dream of ("the blue mountains"), it is in fact a sandstone massif, covered with eucalyptus forests. 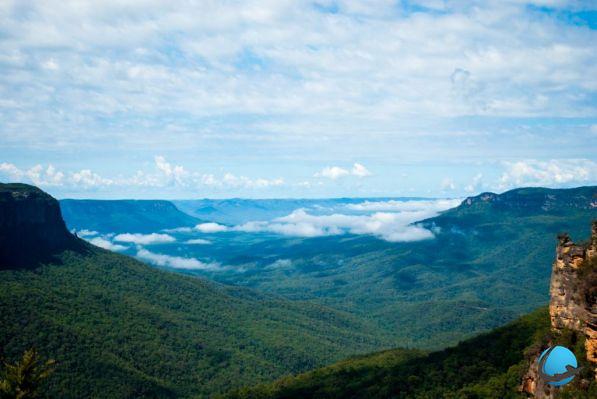 As it evaporates, the oil from this tree forms a blue mist that envelops the mountain. Many walks are organized from towns such as Wentworth Falls, which will allow you to meet the koalas that inhabit the branches of these huge trees. 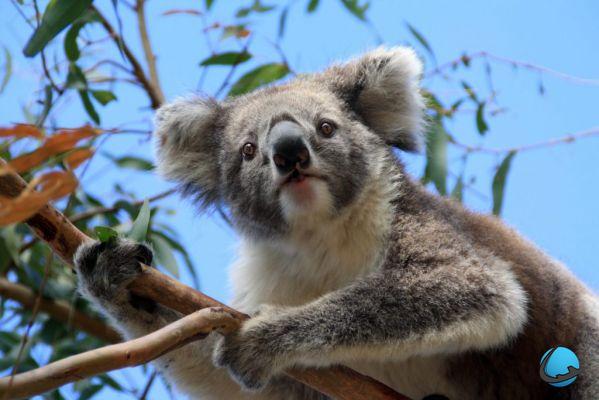 Explore the riches of nature in Australia!

We could have put much more, there are so many beautiful landscapes in this country ... But as we did not want a 3km long article, we tried to select the most beautiful (and it was not easy). In contrast, if you want to share your best spots with other travelers, don't hesitate to add them to us in the comments!

The 6 must-see things in Algiers ❯

Travel to Australia: the 10 unusual places to visit

10 things to do in Melbourne