Travel away from Munich by public transport, and embark on a small-group tour of the Dachau Concentration Camp Memorial. A licensed guide will provide important insight into the plight of survivors, tortured and exploited throughout WWII. Today, the Dachau Memorial Site is a place of commemoration, pilgrimage, and education, and an informative day trip from Munich. 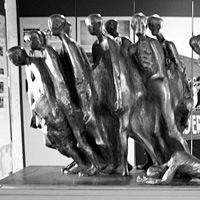 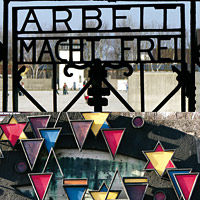 Highlights
* Performed in English
* Professional, friendly and informative guide
* Personalized service for small groups
Just outside the medieval city center of Dachau, a memorial site is located on the grounds of the former concentration camp. This was the “parents camp”. Dachau was the "Academy of Terror", the origin, the model and the training ground for the majority of the brutes who spread over more than half of Europe in the wake of the armies of the Third Reich, and which ultimately resulted in the greatest crime in history, the Final Solution.

The year 2005 marked the 60th anniversary of the liberation of Nazi concentration camps as the final months of World War II approached. Across a depleted Europe, Allied soldiers advanced to free desperate survivors, camp after camp. The sick, the starving, the barely alive emerged tell of a terrifying and incredible world full of horror, of a network of periodic assassinations and degradation that had been set in motion in 1933.

Although each side was responsible for its own particular form of barbarism, what sets Dachau apart is that almost everything that happened in the system as a whole happened there on some level. Almost all categories of victims passed through his infamous Arbeit macht frei (freedom through work) grid, German dissidents, outspoken clergy, Jehovah's Witnesses, homosexuals, Jews, Polish civilians, on the whole citizens of some 34 nations. Today, the Site Memorial combines the historical authenticity of the original environment and its many surviving buildings with the function of a modern exhibition centre. It is a place of memory, pilgrimage and education.

Return details:
Back to the starting point.

Hiking excursion in the Tijuca forest, and its waterfalls ❯

A whole day to visit Rothenburg

Berlin Bike Tour: The Berlin Wall and the Cold War