Many buildings in Munich hold secrets of a dark past. Just six decades earlier, Munich bore the official title of "der Hauptstadt Bewegung": the capital of the Nazi Movement. This was the city that General Eisenhower's Supreme Allied Commander called "the cradle of the Nazi beast". This is what we will discover in this fascinating walk. 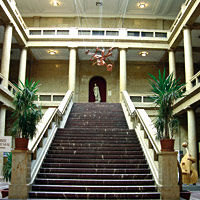 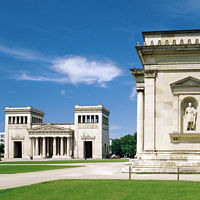 Highlights
* Performed in English
* Immerse yourself in the past, the time of a historical circuit
* Personalized service for small groups
* Explore the streets of the city on a walking tour
* Professional, friendly and informative guide

Munich was the birthplace of the Nazi Party and housed its headquarters. Adolf Hitler's voice resounded in the squares and streets of Munich before being heard all over Germany. This is where some of the most notorious Nazi crimes were launched, from Hitler's failed putsch to the horrific Kristallnacht, the biggest anti-Semitic pogrom in Europe for centuries. and one of the most dismal milestones of the Holocaust. Munich was the breeding ground for a movement that shook humanity with some of the most infamous and terrible facts in history.

In a unique and fascinating tour, our guide will tell you this hidden story for you. We'll show you the beer-halls that hosted the first gatherings of petty fanatics who would one day lead the Third Reich. And, the place where Hitler made his first major speech. We'll take you on a walk through the streets where Hitler and his brownshirts fought their way to power.

The irony is that although much of central Munich was devastated by Allied bombing, many Nazi buildings survived and still stand today. Next to them are city memorials to many victims of Nazism, including those who sacrificed their lives opposing its ideology of hatred. We will show you all these sites and tell you the story.

Starting point :
The tour begins at Munich Central Station (Hauptbahnhof). Located in the neighborhood just in front of slopes 32 to 35.