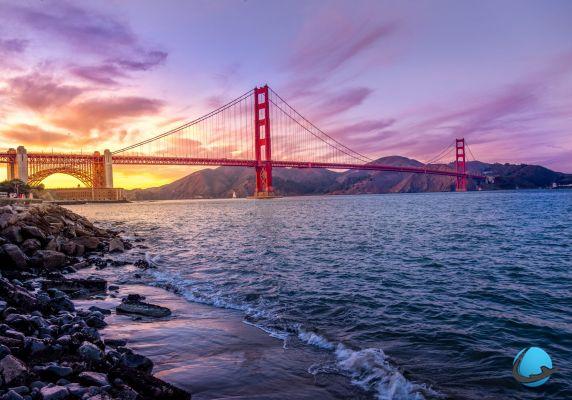 Begun on January 5, 1933, work on the Golden Gate Bridge was completed on May 28, 1937. Known as an emblematic monument of the city of San Francisco, it links it to the north of the San Francisco Bay. There are many anecdotes associated with this steel suspension bridge that you may not be aware of.

Those things you might not know about the San Francisco Bridge


1. The red-orange color of the bridge

Originally, the orange color of the Golden Gate Bridge is due to the application ofa protective anticorrosion layer on his steel that we decided to keep. Indeed, San Francisco is a city whose weather conditions are far from optimal all year round. Thus, leaving the bridge with its steel color could have caused enormous damage due to corrosion, or because of its lack of visibility in foggy weather. In addition, the red-orange of the bridge finally creates a beautiful contrast with the blue of the ocean.

The Golden Gate Bridge is therefore, for this purpose, painted with 20 liters of paint each year for maintenance. 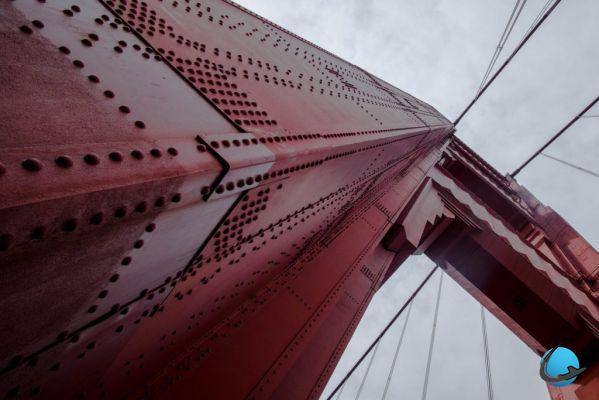 The orange-red color of the bridge

2. The suicides on the Golden Gate Bridge

With over 1300 suicide attempts since its inauguration, this bridge is where people kill themselves the most in the world. In fact, out of these numerous attempts, only about thirty suicidal people were able to survive. These funds confessed to having chosen the bridge because of its beauty and the high success rate of suicides. The speed of the fall of the bridge in the Pacific is indeed rated at around 120 km / h ! As a preventive measure, the bridge is equipped with numerous telephones connected to specialized and qualified anti-suicide advisers. 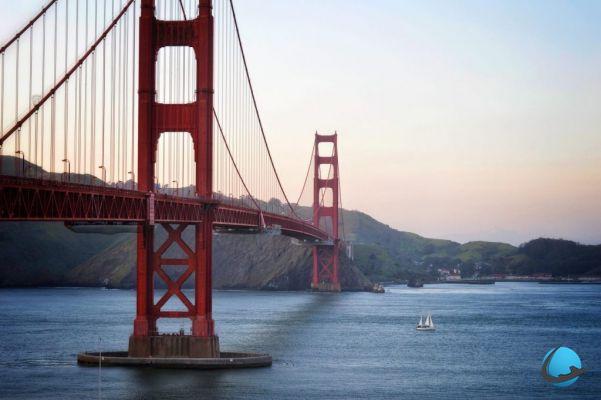 3. The figures of the Golden Gate Bridge

The Monumental Bridge of San Francisco is named one of the 7 Wonders of the Modern World, an award given to monuments of the 20th century for their technical prowess. This is due in particular to the numbers associated with it. Indeed, the Golden Gate Bride is:

Before ending these anecdotes on the Golden Gate Bridge, here is a small selection of photos for your viewing pleasure: 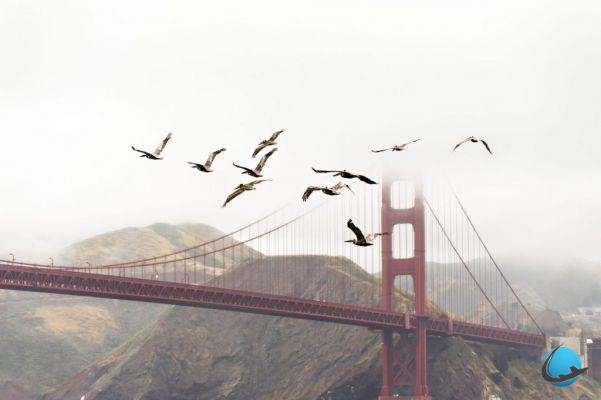 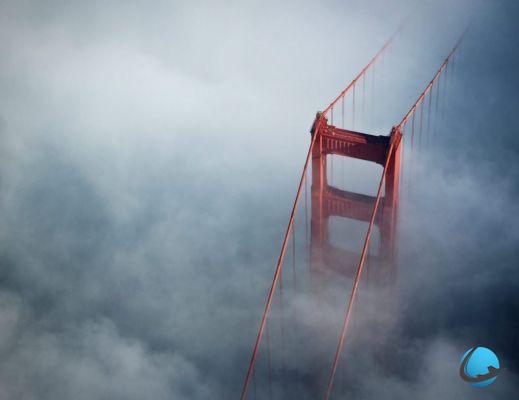 The bridge in the fog 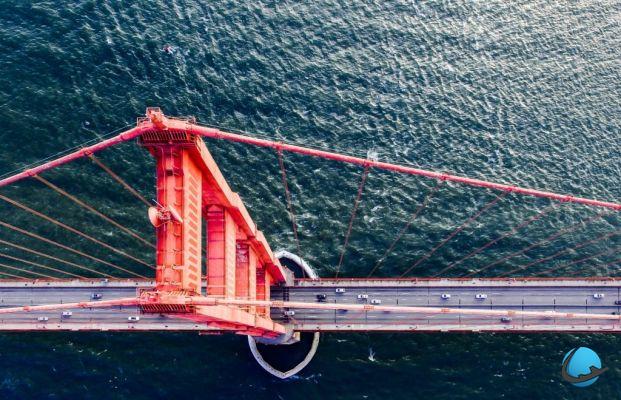 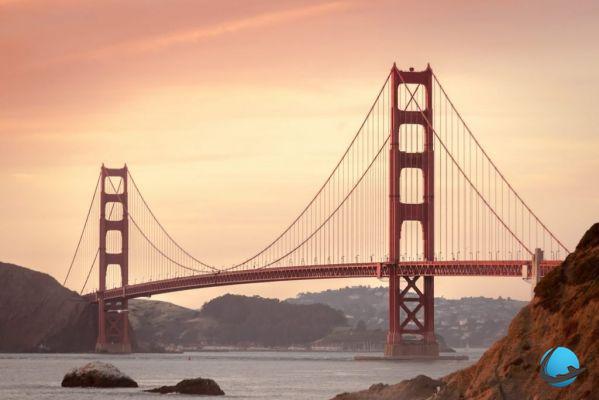 At sunset
Scotland or Ireland: which country to choose according to your passions? ❯

The ideal and inexpensive road trip to discover the United States

Add a comment from San Francisco: 3 unusual anecdotes about the Golden Gate Bridge