Climate in Columbus: when to go 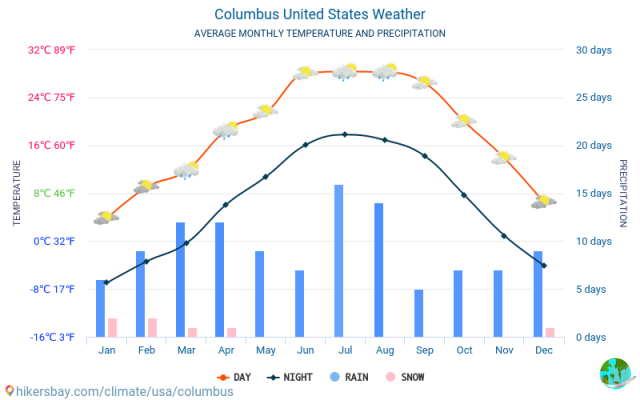 To start, here's a look at the year-round weather averages in Columbus:

The weather averages were generated using information recorded at the COLUMBUS WCMH weather station. The latter is located in the United States, 7 km from Columbus and is located at an altitude of 226 meters.

The best time to go, or the months to avoid

Also, here are some additional indications that should allow you to choose the best time to go, or the less good times.

Which are the warmest months in Columbus?

The months of the year with the lowest average temperatures in Columbus are:
January (with -2°C), february (with 1°C), December (with 3°C), …

Which are the driest months in Columbus?

Climate in Las Vegas: when to go ❯

Climate in Portland: when to go

Climate in Chicago: when to go

Top 10 things to do in Miami for a weekend

Climate in Baltimore: when to go

add a comment of Climate in Columbus: when to go