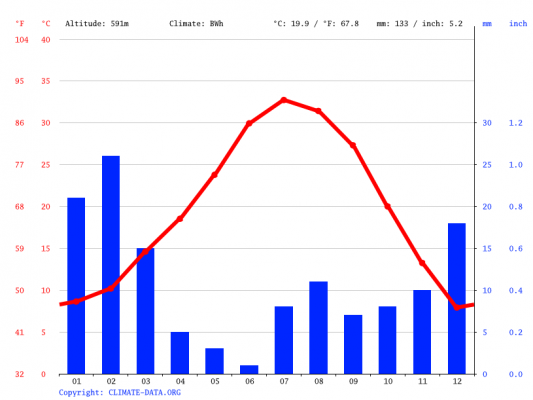 Below, the main values ​​of the climatic averages over the whole year in Henderson:

These weather statistics were generated from data from the BOULDER CITY weather station. This one is located in the United States, 14 km from Henderson and is located at an altitude of 762 meters.

To complete the table above, here are some additional statistics that should allow you to choose when is the right time to go, or the periods to exclude.

Which are the warmest months in Henderson?

Which are the driest months in Henderson?

When to travel to the United States depending on the climate? ❯

Climate in Columbus: when to go

Climate in Miami: when to go

Climate in Sacramento: when to go

Climate in Chula Vista: when to go

Climate in Newark: when to go

What you need to know about the biometric passport

add a comment of Climate in Henderson: when to go