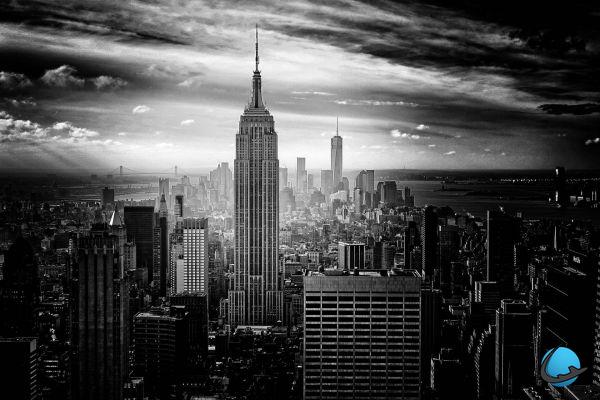 Located in the northeastern United States, New York City is culturally very rich. It attracts many visitors every year in search of unique sensations. Climb to the top of the tallest skyscrapers in the country, recognize the mythical places of films and series shot in Big Apple… the choice of visit is vast! Before enjoying your stay, learn about New York history and culture.


The symbols of New York culture

New York being a city at the crossroads of world cultures, the selection of what founds its identity is necessarily insufficient. Nevertheless, here are some specificities that help make New York a one of a kind city. 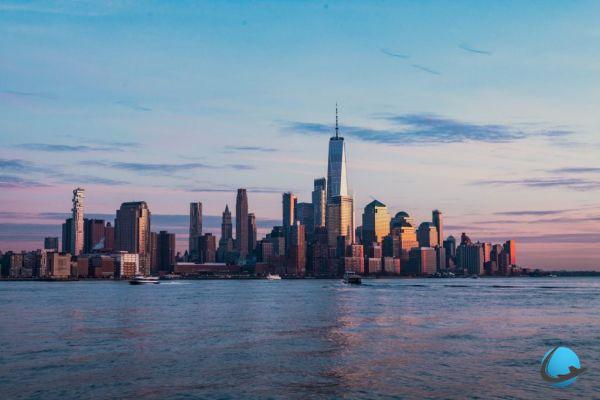 It is thanks to the advent of metal structure architecture and the invention of the elevator that the first skyscrapers were built at the end of the 19th century. The idea of ​​raising vertiginous buildings was born from a reflection on the narrowness of the island of Manhattan and its division into rectilinear streets. Subsequently, it is above all the presence of very powerful companies in New York which motivated their ever higher construction.

Among the most famous are:

Art lovers will rejoice in New York's interest in its artistic influence around the world. Since the inauguration of the Metropolitan Museum of Art in 1872, the city has had some of the most invaluable collections of modern and contemporary art in the world. It operates in this field in the same category as London or Paris. Museums Solomon R. Guggenheim et Museum of Modern Art are the two other flagships of New York culture.

Broadway is above all a New York avenue, the only diagonal crossing it from north to south. It is at Times Square that are located the famous New York theaters where the greatest artists perform. Millions of spectators flock there from all over the world. Broadway owes its reputation to musical comedies ! This district in fact designates all the New York theaters, whether or not they are located on the famous avenue. 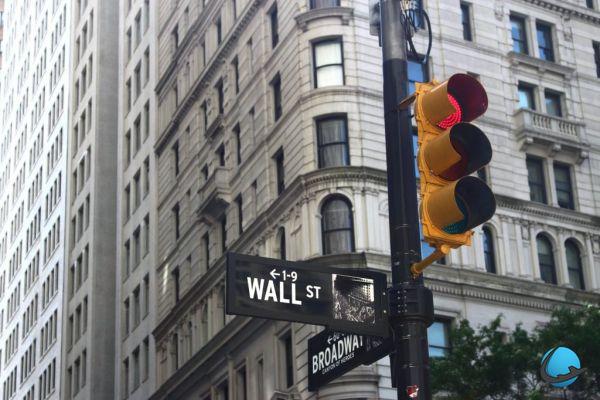 Wall Street, like Broadway, is first and foremost a New York street. By extension, she gave her name to the New York financial center, the most powerful in the world. Several significant events in American history took place there. The most famous is the fatal "Black Thursday", which plunged New York into a period of recession in 1929. Wall Street is to this day a symbol of New York's international power.

Baseball is an integral part of New York culture. You will meet its most fervent supporters in several places in the city. It will be easy for you to notice them: they will proudly wear their emblems, such as the famous NY cap and the jersey of their favorite team, the Yankees. If you wish, you can take advantage of your stay in New York to learn about this highly renowned sport, followed by the Americans.

New York is a cradle of culture of all kinds. Who does not know the television series « Friends » et « Sex and the city » or the movies « King-Kong » et "Ghostbusters" ? All of them were filmed in the streets of this magnificent and great city. Several international actors and singers were born there too, such as Lady Gaga, Vin Diesel, Sylvester Stallone, Alicia Keys, etc. New York is also home to the Natural History Museum, which was the location of the film “A night at the museum”. Cinema is therefore truly part of New York culture!

Geography: the world capital of excess

Open to the Atlantic Ocean, New York City is the most populous city in the United States. It counts approximately 8 inhabitants. This gigantic city was built on the east coast of the United States, at the mouth of the Hudson River in the Atlantic Ocean. This privileged location is reinforced by the presence of the tributary of the Mohawk which links New York to the Great Lakes and the Great Plains, further west. 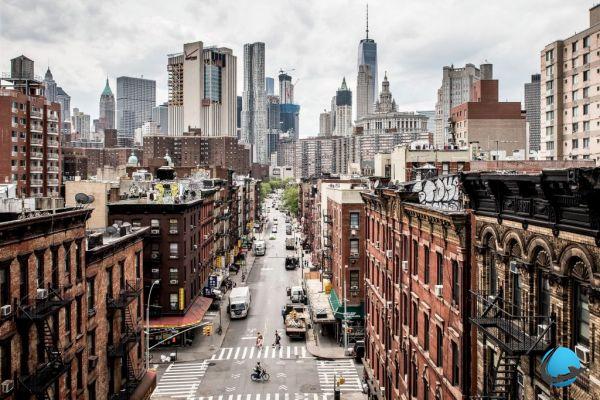 The territory of New York is divided into 5 main districts, or boroughs:

New York City is subject to strong climatic contrasts. Hurricanes, heat waves, snowstorms (giving very impressive photos) or violent storms punctuate the seasons. One figure reflects this capricious climate: during a normal year, the temperature curve varies from -25,5 ° C in winter to 41 ° C in summer, i.e. an amplitude of 65,5 ° C. 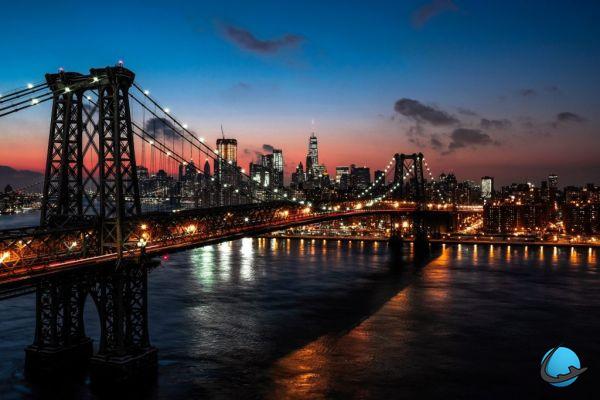 New York's story begins in the 16th century, with the arrival of the first Europeans. The navigators Giovanni da Verrazano, on behalf of France in 1524, then the Briton Henry Hudson in 1609 (who gave his name to the Hudson River) explored the bay of New York whose Manhattan Island was then populated by Native Americans.

From colony to independence

Subsequently, in 1614, the Dutch founded the first colony. They baptized her “New Amsterdam”And was located on the southern part of Manhattan Island. Half a century later, relations within this trading post deteriorated between the settlers and the natives. The English, sensing the opportunity, conquered the territory in 1664 under the command of the Duke of York. He was none other than the brother of King Charles II of England.

After a century of English rule, tensions arose between the British power and the inhabitants of the city, renamed New York. In 1766, following trade laws passed by the British parliament, clashes broke out between civilians and the army. Faced with the city's desire to unilaterally acquire its autonomy, the British responded by occupying New York throughout the war of independence from 1776 to 1783. It was not until the signing of the Treaty of Paris that the independence of the city was proclaimed, as well as that of the United States of America of which it became an ephemeral capital.

The beginnings of the boom 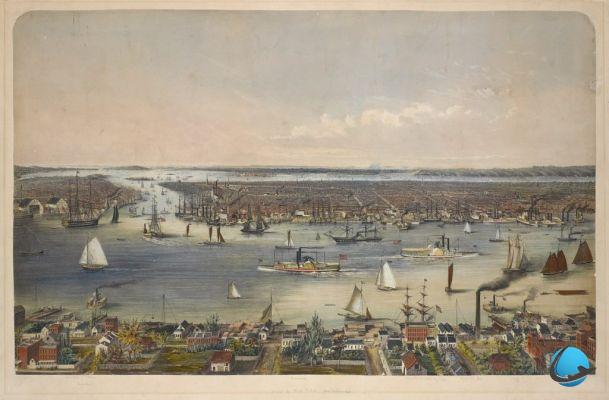 From 1790, New York knew thirty years of growth very supported and becomes the largest city in the country. The beginning of the 19th century saw the massive arrival of immigrants, which enriched New York culture (around 170 languages ​​are spoken there). The double extension of the road network and the port allows the city to establish itself as the main trading center in the United States.

The Civil War which took place between 1861 and 1865 slowed down the growth of the city, which resumed quickly after the end of the conflict. Along with its economic boom, the city became at the end of the 19th century and the creation of the Metropolitan Museum of Art, a must-see city in the field of the arts.

The city of the world

In 1886, the inauguration of the Statue of Liberty made New York a symbol for millions of European immigration applicants. Thus, out of 23 million Europeans who arrived in the United States between 1880 and 1919, 17 million landed in New York and most of them stayed there. 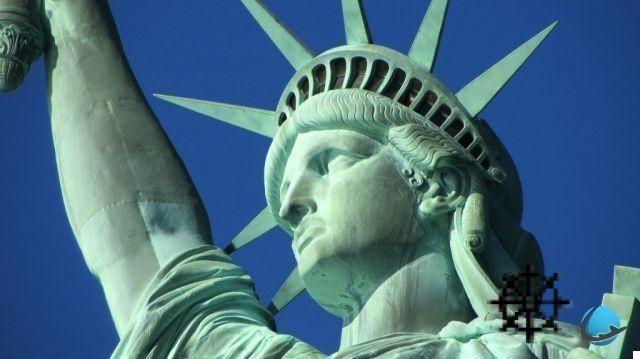 The 20th century allows New York to move from the status of the socio-economic capital of the United States to that of the city of the world. Its cultural and financial roles have been enriched by that of an urban model. All this thanks to the architecture of its skyscrapers and that of global decision-making center with the establishment of the UN headquarters in 1949.

However, this radiant modern history is overturned by the attacks of September 11, 2001. The World Trade Center towers collapsed live on television and traumatized an entire country.

New York is therefore a megalopolis with an extraordinary history and culture. She embodies the American dream for many travelers. Moreover, it may be that after having surveyed its boulevards, you only dream of one thing: to go back! Is this your case? Did New York culture conquer you?

Learn all about the culture and history of Croatia ❯

Why go to Hawaii? Journey to Heaven on Earth