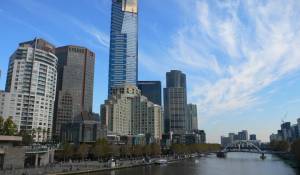 If you listen to the opinion of the many Europeans living in Australia, they will all cite Melbourne as the most pleasant city to live in and to visit.

Our proposed activity: “Best of Melbourne” excursion and dinner

Founded mainly by Italian and Greek immigration (3rd Greek agglomeration in the world after Athens and Thessaloniki!), its European origins are present everywhere and have strongly marked the identity of the city.

Founded only in 1835 as a penal colony, Melbourne owes its development to the gold rush of the late 19th century.

She then benefited from massive immigration and wealth that placed her in a few years on par with the 1st city on the continent, Sydney. Since the SMR, the Sydney-Melbourne rivalry has never stopped and urges the two cities to innovate constantly! 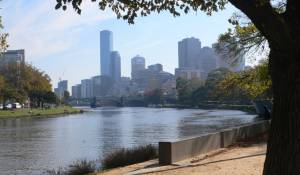 On the banks of the Yarra River

Melbourne is a city with many facets. Considered the 1st cultural capital of the country, it is also widely recognized as the temple of australian sport, in particular the famous "foothy".

It has no less than 9 professional footy clubs, 3 world-renowned stadiums (including the famous MCG) and hosted the Commonwealth Games in 2006.

The two facets of the city culminate every first Tuesday of November, during the Melbourne Cup. For a few minutes, this world famous horse race monopolizes the country. The tradition is to dress on your 31 and then celebrate the winner with Australian champagne! 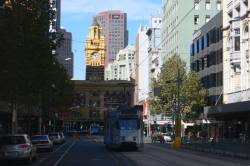 Tram in front of Flinders station

Melbourne is impressive for the diversity of its architecture, the mixture of styles, and the place left to all the cultures that make it up.

It is easy to get around thanks to the many trams that run through the city.

A free tram (in burgundy and beige colors) also allows you to go around the city and visit all the historic buildings around the CBD. 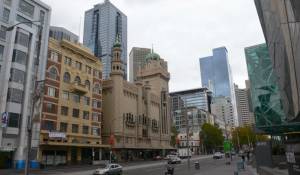 Mix of styles in Flinders Street

The city center is mostly Victorian inspired, but they also have some art deco, gothic buildings, as well as very modern buildings like the Federation Square complex.


Finally, do not miss the ethnic districts of the capital: Chinatown between Swanston and Spring streets, Carlton, the Italian district on Lygon Street, Richmond, the Vietnamese district, the Greek district of Melbourne between Lonsdale and Russell streets and finally the bohemian district around Brunswick and Smith streets.

the new district of Melbourne, rehabilitation of the docks

Today Melbourne continues to develop, and is home to many architectural essays.

To the west of the CBD, the old dock district, New Quay, has been entirely rehabilitated since 2002.

It is the headquarters of many Australian companies and many apartments, restaurants and trendy bars have also developed there.

add a comment of Melbourne, Capital of Australian chic