Author and references
Lesedi is a multicultural village set amidst pristine bushland and rocky hills less than an hour's drive north of Johannesburg. Experience the vibrant and colorful traditions of the Basotho, Ndebele, Pedi, Xhosa and Zulu peoples during a four-hour afternoon tour. 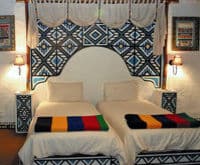 You will see traditional Zulu, Ndebele, Sotho and Xhosa Pedi villages. See dancers from the Lesedi tribes and enjoy a range of African feasts with West, East and Southern African delicacies. Located in Lesedi are the five traditional homesteads: the Zulus with their fighting sticks and comfortable beehive huts, the Xhosa with their neatly thatched rondavels and distinctive white blankets, the rhythmic drums and whistles of the Pedi tribe; the conical and thick straw hats, the colorful blankets of the Basothos, and the colorful houses of the Ndebeles. Families lead their peaceful and traditional lives and inhabit each farm in Lesedi. Lesedi is a Sotho word meaning, "Light". It was made famous by the great chief and founder of the Southern Sotho Nation, Moshoeshoe. During the terrible Mfecane war, refugees from many countries joined him and were saved by him. The cultural villages of Lesedi await those who are ready to participate in an adventure that reveals the mystical cultures and traditions of the peoples of Africa, steeped in ancestral folklores and tribal traditions. Their culture is the light of the South African nation: "Whoever walks here amidst our cultures in Lesedi can also see the light".