Hotels: the most amazing world records 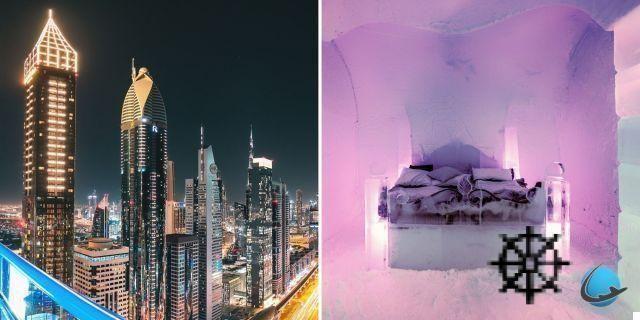 Some hotels around the world are achieving surprising world records. From the largest to the oldest, through the most ecological, the coldest, but also the most expensive, here is the list of some "most" different hotels in the four corners of the globe!

The tallest hotel in the world

Higher than the Eiffel Tower, the Gevora hotel in Dubai (United Arab Emirates) rises to 356 meters in height, 75 floors and 528 rooms! It took 10 years of construction for this establishment to emerge. With this hotel, Dubai once again demonstrates that the Emirates are the world's luxury showcase. 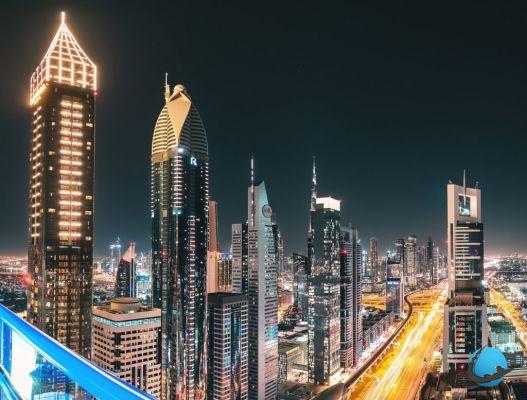 The Gevora Hotel (left) in Dubai

The Gevora is located on Sheikh Zayed Road in Dubai, in the Trade Center district of the city. It has 5 restaurants, with different ambiance and culinary variety, a health club which has a large swimming pool, a children's pool and a jacuzzi. Enough to brighten up your trip.

The largest (in number of rooms)

In Las Vegas, hotels are numerous… and very large. With over 7000 rooms, the Palazzo Resort Hotel & Casino is the largest in the world. More than a simple hotel that has a spa and a relaxation area with swimming pools, it is a real micro-city: a shopping center, dozens of restaurants, a nightclub, and a casino . 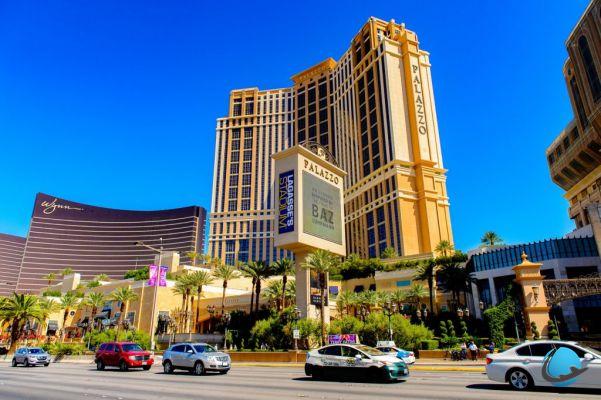 The Palazzo Resort hotel and its 7000 rooms

The oldest in the world

The Hoshi Ryokan in Komatsu, Japan is over 1 years old. The inauguration of this establishment dates back to the year 300, and it is the same family that has managed it for 718 generations. This hotel, which has not made modernity an absolute rule but which keeps Japanese traditions firmly anchored, has approximately 46 rooms. 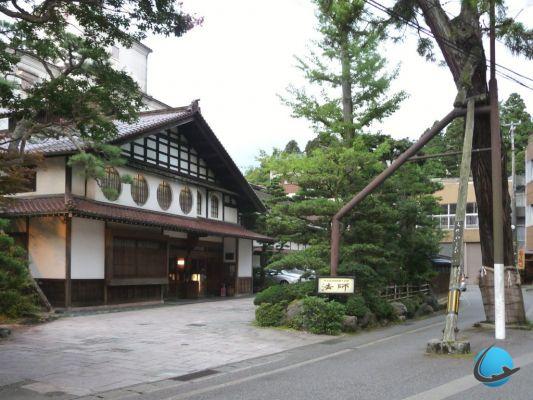 The most expensive hotel room

The most expensive room in the world is located in Las Vegas, at the Palms Casino Resort hotel. To spend one night in the Empathy Suite, you will need to pay no less than $ 200 for two nights (minimum required). For this price, you will be entitled to a villa of 000 square meters on 800 floors. It consists of 2 bedrooms, 2 bathrooms, a jacuzzi, a massage room, a bar, a cinema room and a pool table… Just that! 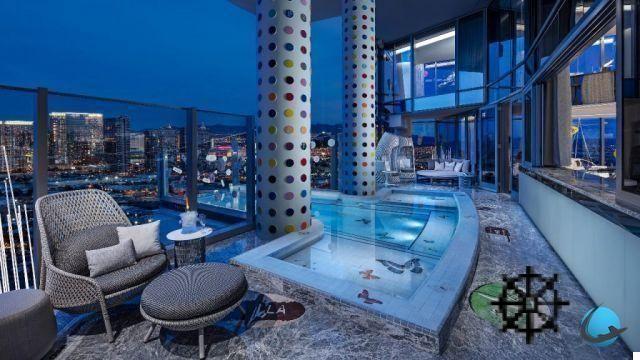 The most expensive room at the Palms Casino Resort, Las Vegas

The height of excess. The largest room in the world is located in Lebanon, the Royal Suite of the Grand Hills hotel in Broummana. More than just a room, it is a suite that spans six floors, covering over 8 square meters. Sufficient space for this hotel room to have two swimming pools. 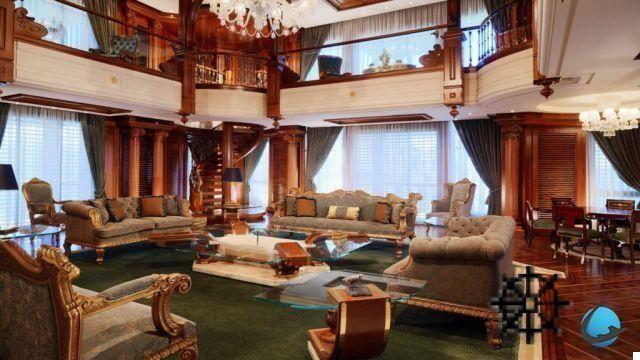 The most expensive hotel to build

It is in Saudi Arabia, in the heart of Mecca, that we find the Royal Clock Tower hotel or Abraj Al-Bait Towers. This five-star establishment, 601 meters high, contains a prayer hall that can accommodate about 10 people. It cost over $ 000 billion to build. 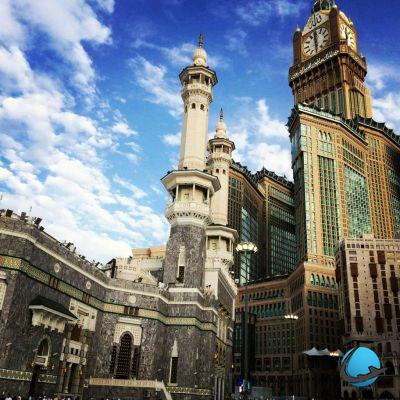 We are here a long way from the splendor of Dubai. In Jukkasjarvi, in northern Sweden, the rooms and beds of the Ice Hotel are made of ice and snow, for a temperature in the rooms between -5 and -8 ° C. Thus, no need for ice cubes to enjoy your cocktail in an ice glass. 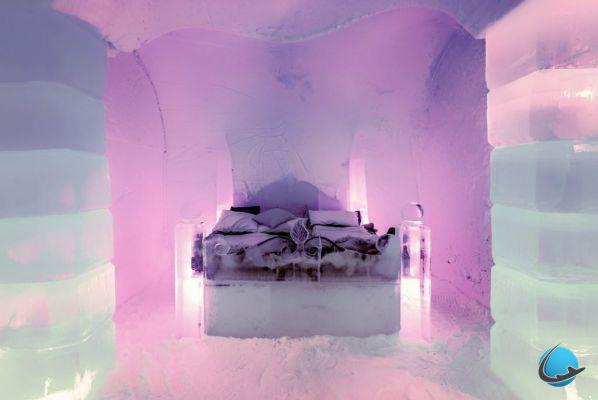 Discover the Ice Hotel, in the north of Sweden

The hotel at the highest altitude

It is obviously in Nepal that the highest hotel in the world is located in terms of altitude. The Everest View hotel, built on Everest is located almost 4 meters above sea level. This allows you to enjoy breathtaking views of the Himalayas and Sagarmatha National Park. At such an altitude, the establishment is only accessible by helicopter. 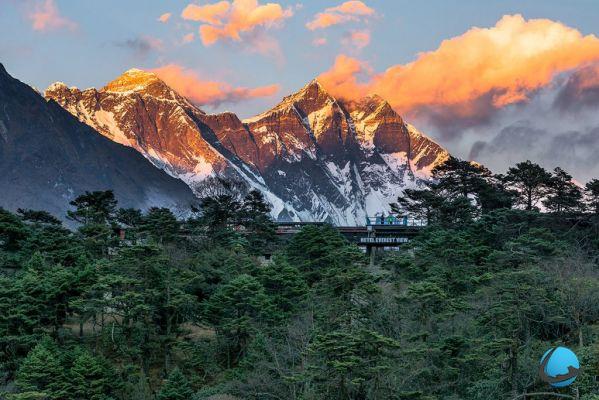 The Everest View hotel in Nepal

The most ecological in the world

The Verde Hotel, located in Cape Town, South Africa, happens to be the greenest in the world. In 2017, it was awarded the “Tourisme Commerce Equitable” label (Fair Trade Tourism-certified business). The hotel has received a lot of green certifications and awards for its ecological involvement.


This translates into the use of solar energy through 220 photovoltaic panels and three wind turbines, regenerative drive elevators, energy efficient LED lights. Regarding water, the hotel uses a gray water recycling system which saves an average of 6000 liters per day. He recycles and compost the food waste that feeds their worm farm and then returns to the ecosystem. 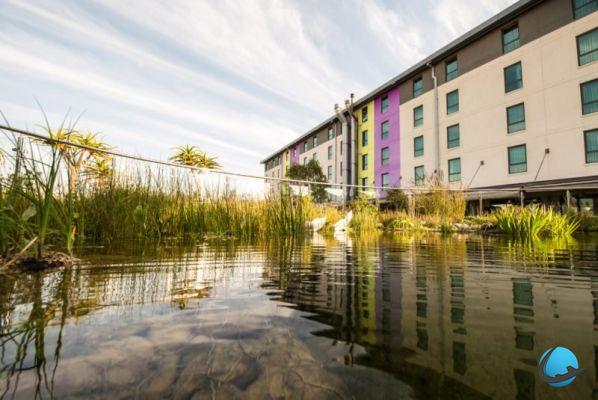 Hotel Verde, the most ecological in the world

The establishment also has an eco-swimming pool, an outdoor gym, a vegetative roof garden (which acts as a thermal barrier) and vegetable gardens (which use the aquaponics system to allow sustainable food production). Here is a hotel which fits in well with the times by taking care of its environment.

Numbers that make you dizzy

Between the bluffing figures of the most pharaonic construction, the most expensive room or the establishment at dizzying altitude, the world records of certain hotels hold no secrets for you. Want to see more ? Discover our article on the most unusual hotels in the world!

How to choose the right sleeping bag ❯

Halloween: the 8 scariest destinations in the world!

6 things to check before going on a road trip

Loss or theft of travel documents, what to do?

Add a comment from Hotels: the most amazing world records