Going out in Buenos Aires

Until the end of the night (and beyond)

The city that never sleeps… 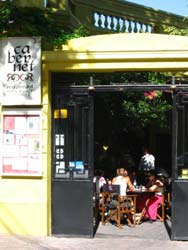 First of all, and as much to be clear from the start, Buenos Aires is one of the best cities in South America, if not the world, for the fiesta!

Porteños go out a lot, go out late, even go out very late.

Don't be discouraged if at 22 p.m. there aren't many people in the streets: at that time, the party hasn't started yet.

We dine at 21 p.m. at the earliest, the bars fill up around 23 p.m., and it is useless to enter a nightclub before 2 or even 3 a.m. on weekends because there is no one there.

On the other hand, the evenings easily extend until sunrise, or even much later; and often end with breakfast or a traditional pancho (hot dog) that can be purchased from kiosks on every street corner. 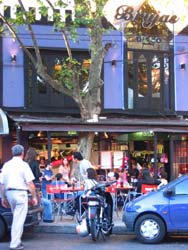 In a city where appearance is so important (see the presentation of Buenos Aires), going out is also an opportunity to show off.

You might as well prepare for it: seduction is part of the game and girls going out alone should expect to attract attention.

A word of advice, however: the metro stops around 21:30 p.m., and, if the buses run all night, the taxi remains the safest means of transport. A race in the center usually costs between 6 and 12 pesos (1,5 and 3 euros).


Where to go out? 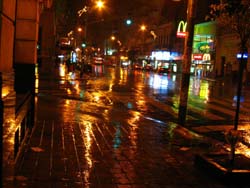 Trendy places, like everywhere, change very quickly. But they are concentrated in a few districts whose popularity, on the other hand, is much more stable.

There are many bars in the Palermo district, especially around Plaza Cortazar (also known as Serrano).

From the afternoon, the terraces are full to bursting and these bars are also very popular for an early evening drink.

Each has its own particular atmosphere: all you have to do is go around the square and choose. Plaza Armenia, a 5-minute walk away, also offers some nice addresses. 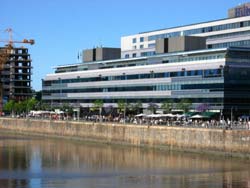 For a slightly quieter atmosphere, prefer Recoleta or Las Cañitas, north of Palermo: a few streets south of the hippodrome are home to chic restaurants and lounge bars.


But to really get to know the nightlife, you shouldn't miss the nightclubs (boliches)...

There's something for everyone: for Latin and tropical rhythms, try the center towards Callao and Sarmiento streets.

The trendiest places, where you listen to electronic music, are further away, towards Aeroparque. Puerto Madero, a recently rehabilitated district, is also very popular with the golden youth of Buenos Aires.

And finally, you can find a bit of all this around Plaza Defensa, in San Telmo, which is also the area most frequented by foreigners.

add a comment from Going out in Buenos Aires