Diving in the Great Australian Red

Impressions from the Red Heart (Northern Territory) of Australia 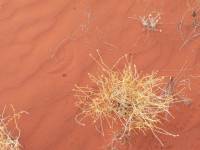 This bronze red color so particular to the Australian desert will hook you from your first minutes over the desert by plane, and will not leave you until the sand that you will find in your bag once you get home!

This red comes from the perpetual oxidation, by the sun, of the iron contained in the rock of central Australia.

In this article, we want to give you some of our impressions and favorites to make you want to leave and discover this extraordinary region as well as possible. 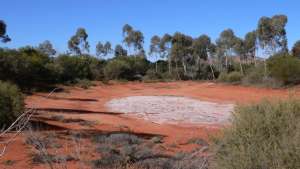 With 70% of its territory considered arid and semi-arid, Australia accounts for 11% of the world's desert area!

The Northern Territory is the state most representative of desert regions since 75% of its territory is considered desert or arid plain. 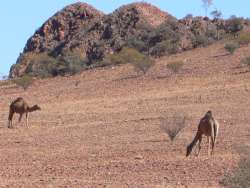 The peculiarity of the Australian desert in the Northern Territory is that you will rarely see entire stretches of red sand.

The Australian desert has, in fact, a lot of low vegetation, adapted to the dry and arid climate that surrounds it: small shrubs, spinifex, grasses and small flowers.

The vegetation disappears and regrows according to the fires, bad weather and the different seasons that regulate the desert. 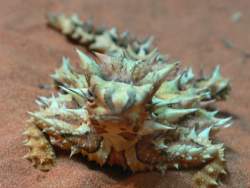 You will also quickly realize that the Australian desert is paradoxically very populated!

You will easily spot and encounter the most visible wildlife: kangaroos, dingoes, birds of prey, wild horses and camels.

On the other hand, you will have to be much more attentive if you want to observe the lizards, mice, snakes, frogs, and other small animals that inhabit the low vegetation of the desert.

Finally in the Northern Territory, it is forbidden to miss a single sunrise or sunset: the sand then turns yellow, pink or orange depending on the light and the animals exchange their ways of life, some come out of their hiding place to go hunting. that others go to bed and vice versa.

The adaptation of "modern" civilization 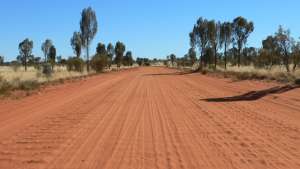 The adaptation of "modern" civilization has shown great ingenuity to the environment of the Northern Territory.

As early as the 1930s, a medical and emergency aid service by radio and by plane, the “Royal Flying Doctors Service”, was developed to help treat and save Australia's most isolated population.

Today the 'Flying Doctors' have 44 aircraft which operate from 20 different bases in Australia, but this service still depends on donations it receives as a charity.

Similarly, a course and tutoring service covering more than 1 million km has made it possible to set up the largest classroom in the world, the "School of the Air", for the education of the 3 children who live in those remote areas!

To observe nature and try to feel the way of life of this region, the best is to be able to spend time on the roads. Of course, this region should not be taken lightly, especially during the summer months.


Some desert roads are practically unused, petrol stations and drinking water points are scattered over hundreds of kilometres, not to mention the absence of telephones in case of need. So do your research well before setting off on your own.

Bring a car in excellent condition, a good map and the latest information on road conditions. Finally, always prefer the winter season (June-July) to try any experience on your own. 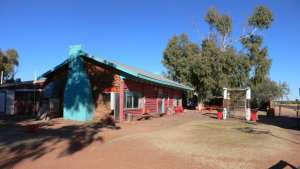 Mount Ebenezer, road house on the road to Alice Springs

Dust, sun or constant attention to avoid kangaroos across the road make driving in the Northern Territory desert a special experience!

You will surely also encounter “road trains”. These semi-trailers, which can pull up to 5 trailers in a row, are the main relays for supplying "modern" civilization in the region: gasoline, food, tools, flour, vegetables.

They are also the main responsible for the dead animals that litter the road, because launched at full speed on a straight line, nothing will slow them down.

The Road Houses, which extend along the roads, are also important places of life for the inhabitants of the current Outback. So do not hesitate to stop more than to fill up with gas! Good road

The "Royal Flying Doctors" have a museum in Alice Springs where they present their activities. The museum is open every day from 9 a.m. to 16 p.m., only in the afternoon on Sunday. You will thus be able to contribute, according to your means, to the survival of this service.

The center of the “School of the Air” of Alice Springs can be visited every day from 9 am to 16 pm, only in the afternoon on Sunday. (Adult/Child entry $4/$3).

add a comment of Diving in the Great Australian Red