Located in the very north of the Northern Territory of which it is the capital, Darwin is the gateway to Asia. An active and cosmopolitan city, it enjoys a tropical climate:

very hot and humid from November to March, Darwin becomes more frequent again during the dry season, from May to October. The name of the city is a tribute to the naturalist Charles Darwin. 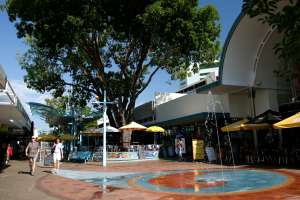 In 1974, Cyclone Tracy flattened most of the city, but with that very Australian ability to bounce back from hard knocks, Darwin experienced a spectacular renaissance.

Few historical monuments survived Tracy, but along the Esplanade, you can still admire some examples of colonial-style architecture.

Typically, Darwin is the base camp for those visiting Kakadu Park or Litchfield. Still, the city itself has a lot of interesting things to offer.

The curious will not miss the excellent Museum of Arts and Sciences, located 4km from the center and which will teach you more about the natural history, the Aboriginal culture and the history of the Northern Territory. Don't miss "Sweetheart", a huge stuffed saltwater crocodile weighing more than 700kg, with an interesting history and which may discourage you from going swimming in the area...

Another very popular attraction is the fish feeding at Doctor's Gully. Called Aquascene, this show depends on the tides and is particularly popular with children. 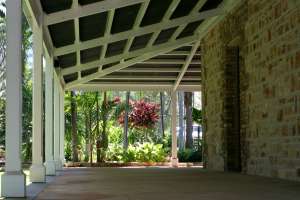 For lovers of ballads, we can recommend going to the port on foot.

Along the way, you can visit tunnels that remain from the Second World War, during which Darwin was a major Allied base.

On the port, a pier, the Wharf Precinct, houses restaurants and not far away, the Indo-Pacific Marine and Pearling Exhibition will teach you more about marine fauna and the pearl oyster industry.

You can also walk along Fannie Bay towards the East Point reserve, a walk that offers beautiful beaches. Along the way, plant lovers will not miss the Botanical Garden.

Renting a bike for this outing is a good idea.

Many cruises are also offered by various operators, a good opportunity to explore the coast.

Finally, do not miss under any circumstances the Territory Wildlife Park, about fifty kilometers from the city (regular transfers by bus): on 400 hectares, the fauna of the Top End is presented in a landscaped environment.

Even some unlucky wildlife photographers in the middle of nature come to make up for it! 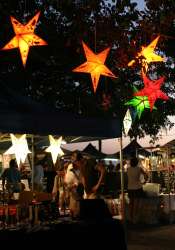 Finally, Darwin is a city where Aboriginal craftsmanship, in particular that of Arnhem Land, is of very good quality. As everywhere in Australia, choose shops providing certificates of authenticity.

In the dry season, don't miss the night markets on Mindil beach, every Thursday from 17 p.m. from May to October.

Strollers will enjoy the crafts and cuisine of over 20 different countries and the market will give you a good idea of ​​what makes Darwin a peacefully tropical and very cosmopolitan lifestyle.

The tourist site of the city