The atmosphere of the historic Uruguayan town of Colonia del Sacramento is a world apart from the hustle and bustle of Buenos Aires. After just a short boat ride across the Rio de la Plata, a day or weekend visit to Colonia is popular with tourists and even locals in Buenos Aires. 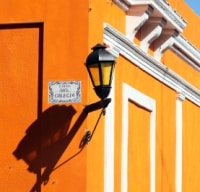 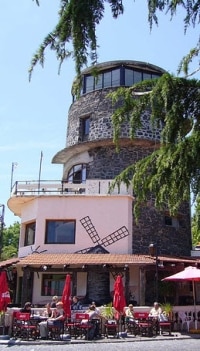 A visit to Colonia offers an exploratory introduction to Argentina's smaller neighbor, Uruguay, with an enticing mix of colonial history, museums and laid-back vibes. Featuring old cobbled streets, rustic buildings and famous landmarks, Colonia is a historic town with a captivating atmosphere and charm.

Although Portugal formally ceded Nova Colonia do Sacramento (founded in 1680 by Manoel Lobo) to Spain in 1750, Portuguese settlers resisted. The Spanish viceroyalty only took possession of it in 1777, destroying part of the city in the process. During this time, Colonia was established as a smuggling center, operated mainly by the British while the Spanish were building up the strength and size of their colony in Buenos Aires. This ended when Uruguay was created in 1828, as a buffer state between Argentina and Brazil, who both wanted its territory.

Colonia enjoys a superb location, just 180 km west of Montevideo and perched on a small peninsula that juts out into the immensity of the Rio de la Plata. Warm lights reflect off its bronze waters creating a particularly impressive effect at dusk which only adds to the remarkable beauty of the city.

You will take a short walk around town departing from the ferry pier which takes you to the tourist section of Colonia. You'll wander the streets, browsing one- and two-room museums, as well as gift, pottery, and jewelry shops. The city center itself is not very big and you will have plenty of time to enjoy the guided tour.


Having managed to hold on to its rustic charisma thanks to the untouched quality of its classical architecture, Colonia's ancient and modern architecture is now protected as a UNESCO heritage site.


This is the kind of visit that is sold out!  Ferry tickets for the Colonia Day Trip from Buenos Aires regularly sell out weeks in advance, so book ahead to avoid disappointment!

add a comment from Colonia Day Tour from Buenos Aires