See the best of Canberra on this hop-on hop-off bus tour of Australia's capital. See Australia's most treasured attractions, most of which are free to enter, including the Houses of Parliament, Australian War Memorial, National Gallery of Australia, National Center for Science and Technology, High Court of Australia and the National Museum of Australia. 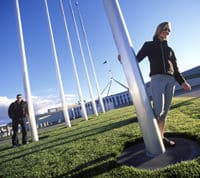 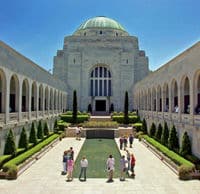 Take the Explorer Bus, with expert commentary, it's the perfect way to see as much of this leafy city whenever you want.

Bus timetables:
The hop-on hop-off bus will pick up at the following locations and times. Be ready 10 minutes before departure at each stop and report to the driver.