Learn about the last days of World War II on this half-day walking tour of Berlin. Learn all about the events leading up to Germany's final surrender as you tour the city's most important historical sites with your knowledgeable guide. Learn about the Soviet attack as you follow the route to the last stand for the Reichstag, see the site of Hitler's bunker, and learn about where the German Luftwaffe was commanded from. You will hear how World War II developed and what life was like for the people at the time, especially those who opposed the regime, and find out how the cruelties ended in 1945. 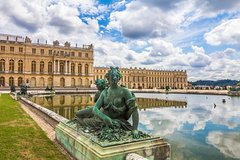 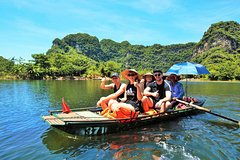 On this exciting historical walking tour, get an in-depth look at some of history's most important moments as you learn about the final days of World War II, which led to Germany's final surrender and the fall of the Nazi regime in Berlin on May 2, 1945. See where the Luftwaffe, Germany's air force, led the Battle of Britain from, and see the site of Goebbels' Propaganda Ministry, where infamous speeches were written. Follow the route the Soviets took for their attack in the last stand for the Reichstag and stop in front of the Soviet War Memorial.
Visit the site of Hitler's New Reich Chancellery, from where Nazi Europe was ruled, and the location of Hitler's bunker. Learn about Hitler's final days in this bunker from your knowledgeable guide, and give a step-by-step account of his suicide on April 30, 1945. Your walking tour will also shed light on those who fought and resisted the Nazi system of terror. Learn all about the German resistance, whose central characters were Claus von Stauffenberg, Henning von Tresckow and Hans Oster.
As you stroll through these important historical sites, you will experience how the citizens of Berlin lived back then. Your professional guide will tell you all about how the Nazis rose to power, the politics of Hitler's Lebensraum — the disturbing political ideology that led to the Holocaust — and the path to war and the destruction of the world. 'Europe.

We have been able to provide in 96% of times, the solutions that users were looking for when consulting our page.