This guided walking tour of Berlin will introduce you to the places where the military conflict between the western world and the communist world took place. With your knowledgeable guide, you will have the opportunity to visit the Berlin Wall and hidden areas of Death Row, ancient watchtowers and ghost subway stations, the Soviet Embassy and spy spots in the CIA and the KGB. You'll learn about the leaders of East Germany, including Erich Honecker, and hear stories from your guide about what life was like for the citizens of Berlin during the nearly 45 years of conflict. 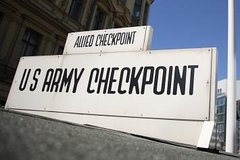 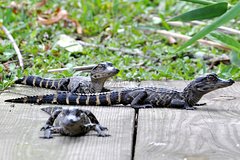 On this walking tour through Berlin's Cold War history, see Cold War sites and remember nearly 45 years of political conflict that ended in 1991 with the fall of the Soviet Union .
Your knowledgeable guide will explain the functions of the border guards, Allied and Soviet forces and the Stasi, as well as the CIA during the Cold War. Find out what became of the leading members of the German Democratic Republic (GDR), including Erich Honecker, Walter Ulbricht and Wilhelm Pieck. See and touch the remnants of the Berlin Wall, which divided the west and east of the city for almost 30 years, learn what life was like in the most Stalinist state in the Eastern bloc and listen stories of successful and failed attempts to flee from the GDR.
As you wander from site to site, hear tales of the military tension between the United States and its NATO allies and the Soviet Union and its allies. Discover the hidden areas of death row, and learn about how MI6 and the CIA broke through the Berlin Wall and the Soviet Zone to break through the Red Army's secret communications.
Discover the huge former Soviet Embassy (now the Russian Embassy), located on the main boulevard “Unter den Linden” in the heart of the enemy zone. See how it reflects Stalinist architecture and stands out from other structures on the boulevard. Discover CIA, KGB and Stasi intelligence points, and learn about their surveillance techniques and equipment. Hear the stories of former GDR Germans in today's society, growing from ex-Stasi agents to normal citizens — what do they miss about the GDR?