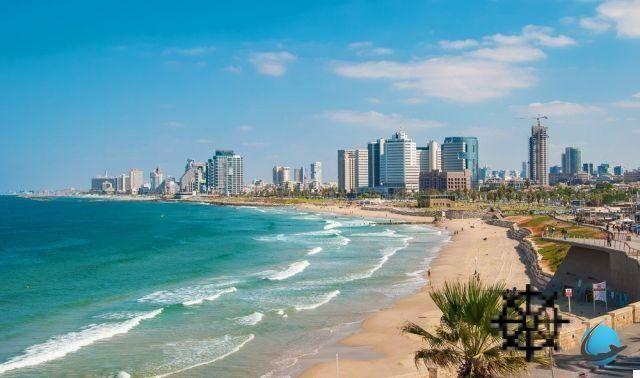 Exotism and discoveries on the program of these destinations

We know that you will devour all your savings in Christmas presents and end-of-year meals, but save a little to go on vacation at the dawn of the new year. For 2022, your only resolution will be to travel to little-known horizons. Zoom on five trendy and original destinations.

Indeed, the country represents the second largest area in the world after Russia. 5000 km separate the border with Alaska west of the east coast; as much to say that here, everything is disproportionate. The French will appreciate French-speaking Quebec and its capital Montreal more. Many of them stroll through the Plateau Mont-Royal, a lively district of the city, teeming with life, with its street performers and restaurants.
Also in Montreal, Place des Arts is also worth a detour, this is where the International Jazz Festival and the Just For Laughs Festival take place in June.


In addition, Canada is celebrating its 150th anniversary in 2022. An anniversary that has led Lonely Planet to make it the number 1 destination for the year to come.

The country is multicultural, cosmopolitan, different communities come together in search of spirituality and encounter with God. Israel is above all a golden youth who love to have fun and go out, revelers and tourists will be able to taste the joys of the nightlife by touring the bars and discos in the big cities.

At the heart of all passions, Jerusalem is home to many religious sites belonging to Christianity, Judaism or Islam. For more classic tours, you can visit Haifa and its zoo or Tel Aviv for its expanses of fine sand. And when we know that the Paris Tel Aviv flights are more and more numerous, it would be a shame not to take advantage of them!

Of course, Ethiopia is an atypical destination here, the country still being very little offered by travel agencies. Only the daring will venture into this territory imbued with authenticity and unspoiled landscapes. For sure, Awash National Park is a great way to experience wildlife that is home to many species, including Oryxes, baboons and antelopes.

With its 4 million inhabitants, the bewitching capital Addis Ababa seems an interesting stage. You will be able to visit there in particular the ethnological museum and its local creations.

4. Finland, the Far North and the lakes

Winter turns out to be the ideal season to visit this country, the snow of its immaculate white coat covers a large part of the territory. You will agree, you have to like the cold and those nights which seem interminable, but the welcome and the warmth of the inhabitants will leave you with an indelible memory of Finland.

Who knows, with a lot of luck, you will be able to observe the magnificent Northern Lights in Lapland while surveying the immensity on a sled harnessed to the huskies, these adorable and endearing dogs.

5. Macedonia, the start of a new Republic

The former Republic of Yugoslavia welcomes more and more tourists every year. Nevertheless, the number of visitors remains limited, so you will find a calm territory where only tranquility accompanies lovers of unspoiled nature through the Macedonian countryside.


For entertainment, Skopje, the capital, is an essential stop, the city mixes modernity and vestiges of the past. Indeed, while the young people beat the pavement of bars and discotheques, lovers of History roam the districts with its monuments, the city retains many traces left by the Byzantines and the Ottomans.

Where to go in July? Our travel ideas

Portugal or Spain, which country will be your next destination?

Gastronomic trip: 6 destination ideas to travel with your taste buds

How to travel to follow the tour of your favorite music group without breaking the bank?