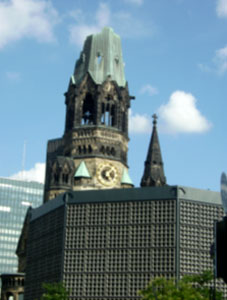 Located southeast of central Berlin, Zoologischer Garten is a large zoological park that attracts millions of visitors each year, especially from all over Germany.

What was originally a royal menagerie (we are not very far from Charlottenburg Palace) truly became a public zoo at the instigation of King Frederick William IV, who offered several hundred animals to the city, in 1842.

Today, the zoo is known for its wide variety of "exotic" animals (macaws, lemurs, pandas, okapis, etc.) and has its stars, such as the white bear cub Knut, whose birth at the beginning of 2007 caused an unprecedented media frenzy for an animal!

The other attraction of the zoological garden is discovered as the visit progresses, these are the pavilions which house the different species: they were designed in the style of the country of origin of the animals they house.

The result is a wide variety of colors and architectural patterns.

It takes a few hours to visit the zoo (don't forget the aquarium!) and full price entry costs 12 euros. 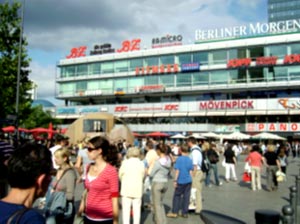 The square at the entrance to the zoo is one of the busiest places in the capital, as the metro station "Zoologischer Garten" is present on many lines, but also has a large number of shops and attractions

On Joachimstaler Straße, we continue towards another essential point of the district: the memorial church, located at Kurfürstendamm (Ku'Damm, as Berliners say).

This decapitated church is called the Gedächtniskirche and remains one of the strongest symbols of the city's history, because in addition to recalling the scars of war, it brings to mind the flamboyant time of the kings and emperors of the Hohenzollern dynasty. .

Built at the end of the 19th century, it was bombed during the Second World War, which earned it the nickname "hollow tooth".


The remains of the church have been supplemented by extremely modern buildings, the erection of which has not failed to cause controversy. 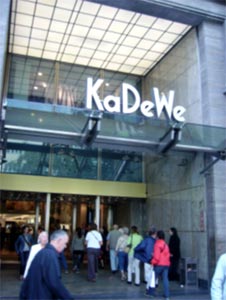 This district of Ku'Damm is typical of a bourgeois and gleaming West Berlin, initiated by Bismarck with regard to the Haussmannian modernizations of Paris.

On the large avenues Augsburger Straße and Tauentzienstraße are concentrated many shops, including the famous Kadewe, a century-old store known to be the largest in Europe.


We won't miss a visit to its excellent floor dedicated to world cuisine...

Official website of Berlin Zoo [in German or English] http://www.zoo-berlin.de/

Site dedicated to the Gedächtniskirche, the memorial church in Ku'Damm [in German or English]

Official website of the KaDeWe department store [in German or English] http://www.kadewe-berlin.de/