When and how to do the Rio Carnival in Brazil?

World famous, he is the very representation of Brazilian popular culture. For almost a week, the whole city of Rio de Janeiro is transformed into a huge open-air festival, to the wild rhythm of samba, parades in a thousand disguises and collective release mixing each Cariocas (the inhabitants of Rio), from all walks of life. and from all social backgrounds. One of a kind, it's an experience you won't soon forget! Here are our top tips for enjoying and “surviving” Rio Carnival, where partying and music never stop.

The most famous carnival festivities in the world open the weekend before Mardi-gras day. Originally, the Carnival of Rio comes from the pagan festivals of the Middle Ages, and was very quickly assimilated to Mardi-Gras of the Catholic calendar once the colonies settled on the territory. Located across the Atlantic, Brazil suffered less from the Portuguese Inquisition; these festivities carried by the locals have thus been able to continue through the ages. 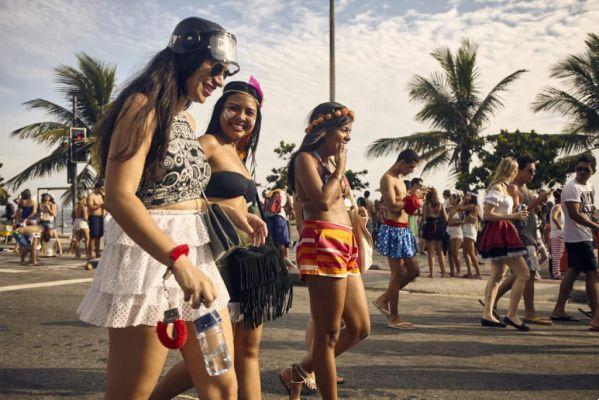 It was not until the 1840th century that the tradition of the parade was imported from Paris in the sense that we still understand it today: strolling through the streets, decked out in costumes. It was therefore in 1917 that the very first Carnival in Rio was held, punctuated by dances… The polka and the waltz! And yes, the samba did not replace them until XNUMX, once again driven by a strong popular movement.

In terms of costumes, there again the influences are multiple. Although we find codes from the no less famous Carnival of Venice, it was the African slaves who imbued the carnival of Rio with their ancestral customs. They were the first to use costumes adorned with feathers, bones, grass, stones, to glorify the gods and chase away evil spirits.

Today, the Rio Carnival has become a pillar of Carioca cultural life and an event that bears witness to the history of Brazil.

What disguise for the Rio Carnival? 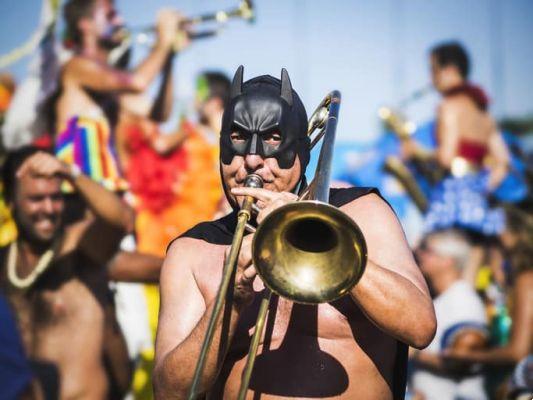 Although every city in Brazil celebrates carnival, Rio de Janeiro is the epicenter. If you are lucky enough to be there during the last week of February, you too will have to soak up the special atmosphere in order to mingle with the festivities and the Cariocas. To do this, do not imagine going out without wearing at least one accessory on your head and covering yourself more or less partially with sequins. It's the ba-ba of the Rio carnival: everyone is disguised, everywhere, all the time! Whether complete and elaborate, made up of a few accessories or very generously glittery make-up, your outfit will set the tone for your stay and will immediately immerse you in the atmosphere.

Our advice: No more fragile things because you will be regularly sprayed with water and colored sequins during the parades. Never mind, only take what you need, keep it close to you and ENJOY! This is the soul of carnival!

Attend performances in the Sambadrome 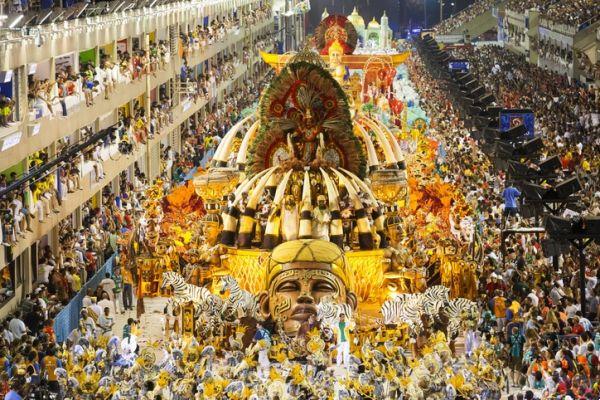 It is obviously the best known, but also the most essential of the activities to do during the Rio carnival! Designed by architect Oscar Niemeyer, since March 1984 the Samdodrome has hosted one of the most impressive and extravagant shows you will ever see. For nearly 10 hours, every evening you will attend the official parade of the city's samba schools, which fight to win the supreme title of champion.


From the bleachers, you will have a view of the 12-meter track, ignited by the dances of the seventy samba schools that make up the city of Rio. Each is differentiated by a color code and a flag, and all aim to improve their ranking in order to be in the Groupo Especial which brings together the twelve best schools, or at least in Groupo A, which brings together the next fifteen.

A real annual event for its associations, the schools tirelessly prepare for their visit, with the help of their supporters but also for the best ranked, material and financial support allowing the construction of gigantic motorized floats as well as the making of magnificent costumes. .

In order to attend this grandiose spectacle, you will have the choice between three categories of location. Seats in the stands are the cheapest but the highest; they offer a very nice overview and you will be mixed with the locals, which will certainly make the experience even more unique. The frisas are the intermediate fares, closer to the track and which will make it possible to better see the details of the floats and the costumes. Finally, the camarote are top-of-the-range pitches, very comfortable and giving access to a buffet.

Our advice: if you have the choice, opt for one of the evenings when the samba schools of the Groupo Especial parade because you will attend a show of very high quality, both in terms of sets, costumes and choreography. The price of tickets being a little higher during these evenings, why not take the opportunity to mingle with the cariocas?


Scroll in the blocks 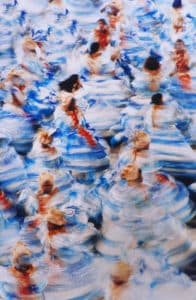 Certainly, there are the big official parades of the Sambadrome, but during the Rio carnival, the whole city starts dancing! So, regardless of the time of day or night, semi-organized gatherings are happening all over Rio. The goal? Dancing and marching with hundreds, even thousands of people, all dressed up, to lively music!

Initially, the blocos bring together the inhabitants of a neighborhood or the members of a dance school on a theme, often flowers, or even a color code, but everyone is welcome there: cariocas, Brazilians and tourists! Everyone mingle in a joyful atmosphere, washed down with beer and caipirinha.

Your main objective will therefore be to find the best blocks in Rio. For this, the local contacts of your agency will surely be able to inform you or better still, if you know Brazilians or expatriates, the most popular blocos will certainly be their main topic of conversation. Here are some that will delight you: the Banda de Ipanema, the Prata Preta which takes place in the narrow streets of the center of Rio, the Simpatia é Quase Amor, the Vem Ca Minha Flor which takes place in the business district on the theme of flowers, the Imprensa Québec Eu Gamo, or the Monobloco, the Banda de Sá Ferreira, Carmelitas, Céu na Terra, Suvaco de Cristo. But to experience the oldest and most well-known of the blocos, head for the Cordão do Bola which can bring together more than a million people!

Our advice: in February, it's summer. Remember to protect yourself from the sun and stay hydrated. We don't skimp on sunscreen and we remember to drink plenty of water, regularly (yes water, not beer!). So you will always be in good shape to fully enjoy the wonders of the Rio carnival.

Chapada Diamantina – Treks in the mountains, canyons and waterfalls

add a comment of When and how to do the Rio Carnival in Brazil?