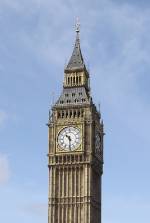 Our favorite activity: Private walking tour of the City of Westminster

Westminster is the cradle of English democracy, forged over centuries, but most of this neo-Gothic palace dates from after the fire of 1834.

Take a good look at this photo: can you see its most famous icon, Big Ben? Well, the answer is no!

Beware of appearances, because Big Ben isn't the clock tower you see (it's called the Clock Tower), but it's the 14-ton bell inside it.

It strikes a Handel harmony every hour thanks to a hand-wound mechanism.

Another curiosity: however famous it may be, the Clock Tower (98,5m) is not the highest point in Westminster.

The Victoria Tower – the one on the left when looking from the Thames – is a full 102 metres. This tower alone contains all the parliamentary archives since 1497.

To go even higher, the new millennium brought the London Eye. 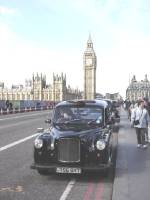 But the English are not tender with their deputies: the banners of the protesters are always visible in front of the entrance to the Parliament and in everyday language we speak readily of "bloody parliament"...

It may be a reminder of Shakespeare's tragedies or Cromwell's revolution.

In any case, a piece of old Westminster still exists, just behind a statue of Cromwell: it is Westminster Hall, a large lower room that dates back to the XNUMXth century.

It was originally a party hall, then a court. It is here that Thomas More and Charles 1st were judged. This room still houses special sessions where the two chambers sit together. 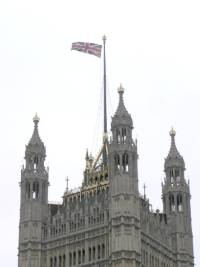 When the Union Jack flies over the Victoria Tower, it is a sign that parliamentarians are meeting.


It is possible to visit Westminster during parliamentary sessions, but only in summer for foreigners.

If, on the other hand, you are a British citizen, you can easily attend parliamentary meetings and experience democracy on a daily basis in the austere House of Commons (rebuilt after 1945) or in front of the "woolsack", the red bean bag where the President of the House of Lords.

In any case, a very scrupulous security check is to be expected at the entrance.

You do not have the chance or the desire to see the deputies in action?

You can still dive into history by visiting the Cabinet War Rooms, the underground office that Churchill used during World War II.

The place has kept all the appearances of 1945. Since then, the Prime Minister has returned to his comfortable home at 10 Downing Street.