Go behind the scenes of the Harry Potter™ saga with this Warner Bros. Studio Tour. in London. Enjoy round-trip transport from central London to the filming studios of the Harry Potter saga to enter the magical world of Harry and his friends. You'll see how the movies were created as you walk through the real sets of the movies, admire the costumes and props, and learn about the special effects and animatronic robots used to create the stunning scenes in the movies. Explore the Great Hall, pose near the real "Hogwarts Express", walk Diagon Alley and more. 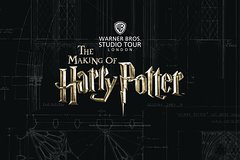 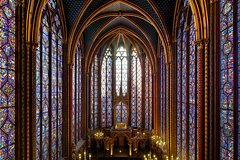 Board a double-decker bus in central London and travel 27km northwest to Hertfordshire. You will arrive in the town of Watford, home to the Warner Bros. studios. from London, where the legendary Harry Potter film series comes to life.
You will set off to explore the filming locations of these emblematic films on your own. Imagine walking side by side with Harry, Ron and Hermione as you explore the Great Hall, visit Dumbledore's office and stroll Diagon Alley, home to Ollivanders, Flourish and Blotts' wand shop, pranks and tricks of Weasley, the Gringotts Wizarding Bank, and Eeylops, In the Kingdom of the Owl.
Admire the costumes and props used by Harry and his comrades, and learn about the special effects and makeup that brought characters such as Dobby and the Death Eaters to life. Do not forget your camera because you will have the opportunity to take photos behind every corner.
Head to Platform 9 ¾, where you can explore behind the scenes of the film's most iconic scenes. Pose with a luggage trolley where it disappears into the wall of the platform and approach the famous steam engine, the Hogwarts Express. Marvel as steam rises from the 78-year-old locomotive and admire the glass roof, yellow brick walls and racks on the platform.
On your journey back to London, sit back and reflect on that fantastic day in the magical world of Harry Potter.
TM & © 2012 Warner Bros Entertainment Inc. Harry Potter Publishing Rights © JKR.