London has a green heart.

All around Buckingham Palace, it's as if the English countryside has never left central London.

The largest, Hyde Park, is also the oldest. Hunting area reserved for the royal family, it was Jacques 1er who opened it to the public in 1637.

Together with the adjacent Kensington Gardens, Hyde Park forms a green island amid residential neighborhoods. 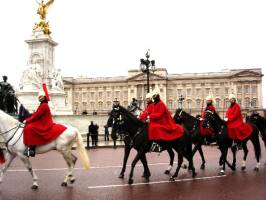 Squirrels and mute will be your friends during your morning jog or when you practice your favorite sport.

Lakes, royal walkways, monumental fountains, statues: Hyde Park is an open-air museum. No wonder this park served as an example for the Bois de Boulogne in Paris and Central Park in New York.

In Hyde Park, as in Green Park and St-James's Park, you can always relax in a deck chair (be careful, an officer will come quickly to ask you to pay for the deckchair rental). 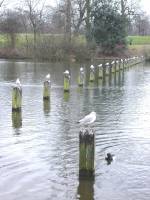 Sunbathe, admire the fauna (the famous pelicans of St Jame's Park) and the flora or row in the Serpentine, a real inland sea.

If you're looking for the zoo or breathtaking rose gardens, head north of Oxford Street to reach Regent's Park, a green gem designed by John Nash in the XNUMXth century.

But if you stay between Hyde Park and St James's Park, with any luck you'll see the Royal Guard marching through the park towards St James's Park and the Stable Museum, where Her Majesty's carriages and palfreys are accessible to visitors .

Speakers' Corner is as important a democratic venue as Westminster.

Since the recognition of the right to gather on the public highway in 1872, every Sunday speakers of all kinds have stepped up to the plate and developed their thoughts very freely.


The only limit to free expression: not to say anything insulting or blasphemous against the crown.

Political visionaries, fanatics and religious preachers flock to the pavement of Speaker's Corner to present their doctrine. An extreme freedom of expression on which the government has wondered since the Islamist attacks of July 2005.

The beaches around Sydney ❯

add a comment of The Parks, London green city