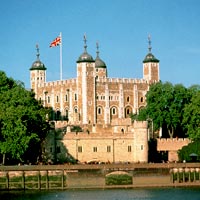 Immerse yourself in the history of royalty.

Tour the Crown Jewels with a halberdier from the Royal Guard, revel in the Changing of the Guard ceremony, then marvel at Westminster Abbey, a World Heritage Site of UNESCO. 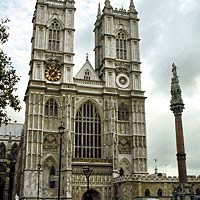 The Tower of London marks the start of your visit.

Former palace then prison, the Tower is full of stories mixed with political intrigues and infamous beheadings.

A halberdier from the royal guard (Yeoman Warder) greets you on the drawbridge and takes you on a private tour of the Tower before the doors open to the public.

Gaze at the gleaming Crown Jewels, visit the gruesome torture exhibit, and enjoy free time to continue the tour at your own pace.

Your second destination is Buckingham Palace to watch the Changing of the Guard, then board a boat to admire the entire city.

After lunch in a traditional English pub, you continue your journey with a visit to Westminster Abbey, the scene of all the coronations of the English monarchy since 1066.

Finally, complete your excursion with a traditional afternoon tea at the world-famous Harrods store.

Note : from 1 April 2008, the visit to Westminster Abbey will be replaced by that of Saint Paul's Cathedral.

Time and place of departure:

Return time and place: Around 17:30 p.m., same as departure location

>>> Back to guided tours