See the best of 'cool Britannia' on a full-day tour of Pink Floyd-related sites. Formed in the 1960s, the English progressive rock band have worked together for almost thirty years and that's why the musicians' hometowns of Cambridge and London are dotted with attractions linked to them. With a knowledgeable guide, visit the Pink Floyd sites in Cambridge before heading to London to see Britannia Row Studios and other hip spots like Notting Hill, Alexandra Palace and Abbey Road!
This small-group tour is limited to 16 people, to ensure a more personalized experience. 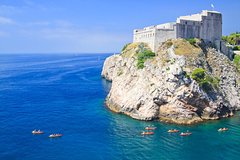 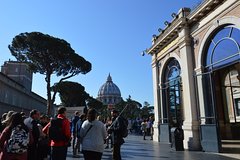 Meet your knowledgeable guide and depart for historic Cambridge, birthplace of Pink Floyd, just over an hour from London. From the comfort of your luxury minibus, see the early homes of band members David Gilmour, Roger Waters and Syd Barrett before their London 'success'. Pass by many concert sites as your guide tells you about the early days of the cutting-edge band.
On a walking tour of Cambridge, stroll along the cobbled streets of the city, and admire the elegant traditional architecture of the city center. Your guide will tell you about the character of this quintessentially British city, famous for its prestigious university and its boat trips on the river.
Stop outside the University of Cambridge, and explore the interior at your own expense if you wish. Otherwise, explore more of the town on your own, perhaps having lunch at one of the local restaurants (own expense).
Return to London in the afternoon to see more Pink Floyd sites, plus a smattering of other pop culture spots. Head straight to colorful Notting Hill, a cheerful corner of West London that embodies all that is laid-back about the capital, with bohemian shops, posh mansions and trendy markets. See the Tabernacle building where Pink Floyd played concerts in the 1990s, and see the sites of Notting Hill, the hit movie starring Hugh Grant.
Venture northeast to Islington, one of London's trendiest areas, to see Pink Floyd's Britannia Row studios, then head west to Abbey Rad, and stop in front of the former Beatles recording studios. Try to recreate the famous cover of their album Abbey Road by crossing the pedestrian crossing of the street.
The final site of your day is the XNUMXth-century Alexandra Palace, another Pink Floyd concert site, nicknamed “Ally Pally” by locals. Built on top of a hill in Alexandra Park, the palace enjoys a breathtaking view of the city that only an insider can know! Stroll through the park and take in the spectacular views before returning to central London.