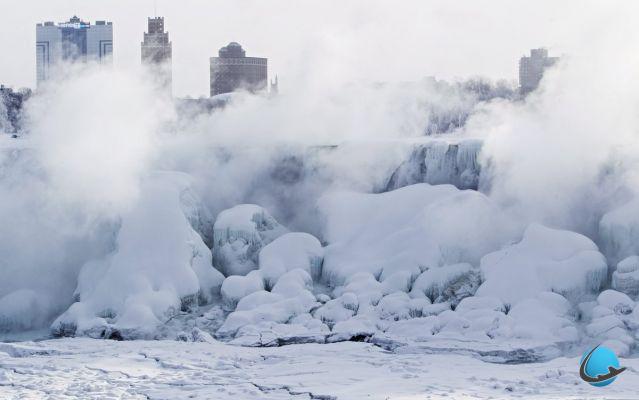 Surrounded by snow and ice: this is how we have seen the very famous Niagara Falls since February. Imagine instead: stalactites populating the cliffs, waterfalls losing their power, held back by ice, white as far as the eye can see. Photographer Aaron Lynett is one of the lucky ones who were able to immortalize the event on the Canadian side, in Horseshoe Falls.


This period was a historic record for low temperatures: since 1936, the United States had never experienced such a cold snap. So much so that Niagara Falls are now literally trapped. The sound of flowing water is barely perceptible, only a huge thud accompanies each patch of water that manages to sneak in a cascade. 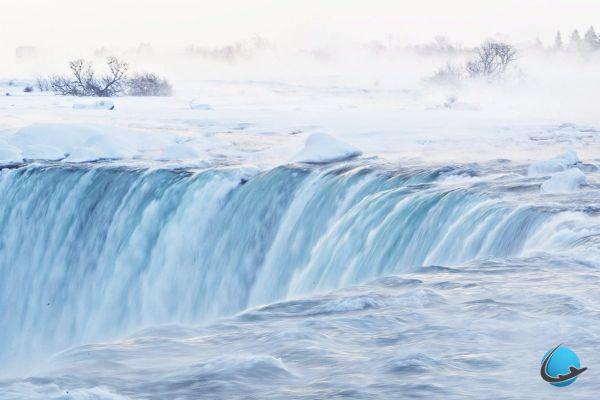 Even if each year, around January and February, the falls are still a little snowy, they are today in a special situation - they had already experienced such a mishap in 2011.

Of course, water rides are made impossible by the ubiquitous layer of gel, which could break at any time. The cold, meanwhile, makes any outdoor activity in the surroundings impractical. However, Niagara Falls presents itself in a whole new aspect, with the appearance of a postcard. At sunset, the spectacle is striking, bewitching. 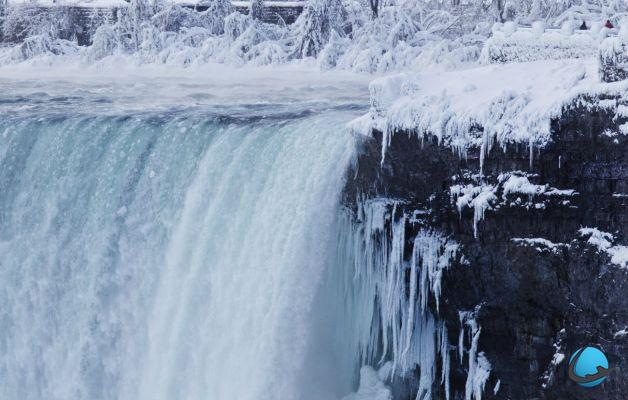 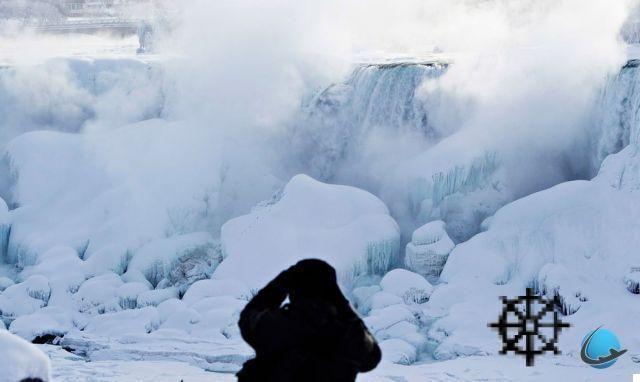 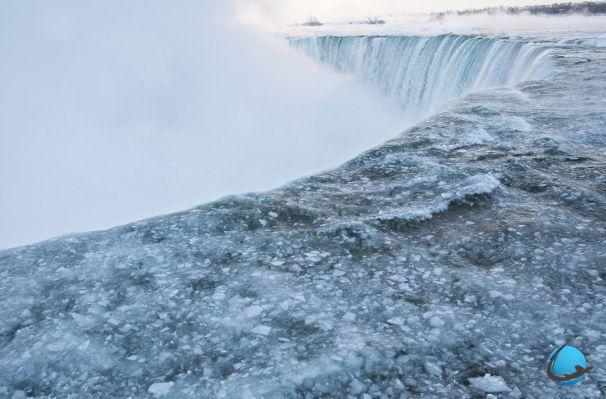 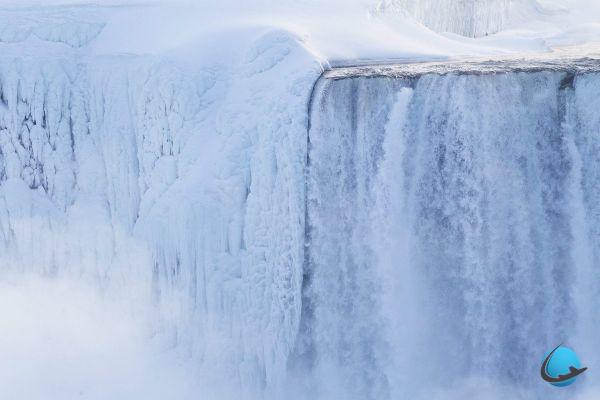 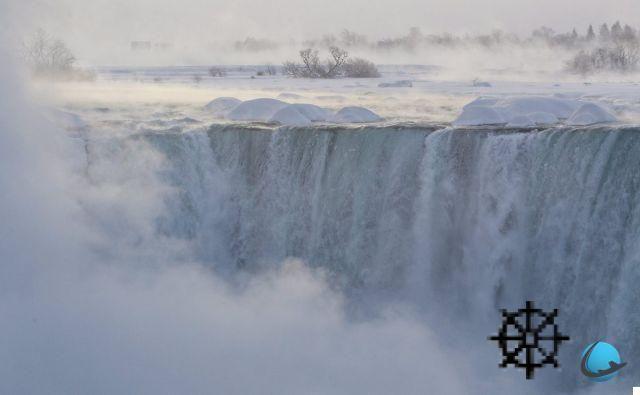 Normandy: these 27 things to see and do absolutely! ❯

Why visit Montreal? Discover the other city of light

What to see and do in Ottawa?

Add a comment from Niagara Falls turned into ice falls