See Berlin from an insider's perspective on this half-day walking tour! With your knowledgeable local guide, see top city attractions including the Berlin Wall, Brandenburg Gate, Reichstag parliament building, and Checkpoint Charlie, as well as lesser-known sights typically overlooked on traditional sightseeing tours. Learn fascinating facts about Berlin during World War II and the Cold War, and listen as your guide explains what life was like for the citizens of Berlin during this tumultuous time. 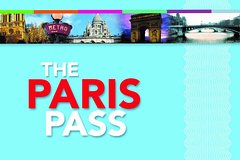 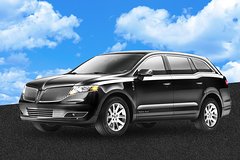 On this historic Berlin walking tour, your local guide will show you the city's top attractions, as well as hidden gems that other tours may overlook. Learn about Germany's modern capital and how it overcame its tumultuous past, showing an optimistic future without borders between East and West Berlin.
Stroll through the city with your guide and see sites related to the city's fascinating history. You'll learn about the legacy of the Nazi Party and how Hitler came to power, and learn about life in the Third Reich. You will see the location of Hitler's former bunker and visit the modern Holocaust Memorial. You will learn how Germany was divided into two zones, one in the East and the other in the West during the Cold War, as you stroll through Checkpoint Charlie, and touch the remains of the Berlin Wall.
You will pass under the Brandenburg Gate, the monumental entrance leading to Unter den Linde, which was authorized by King Frederick William II of Prussia as a sign of peace. Near here, admire the Reichstag parliament building, which opened in 1894, with its famous glass dome designed by British architect Norman Foster. Since the government moved back to Berlin in 1990, it is now the meeting place of the German parliament.
You can start your tour in East Berlin or West Berlin, depending on your itinerary needs. No matter which starting point you choose, you will visit all the sites visited on the tour. If you choose to start your tour in West Berlin, please bring a valid train ticket.
For a full list of sites visited on this Berlin walking tour, see the Itinerary section below.