After walking through Unter Den Linden from the Brandenburg Gate, we arrive on Museum Island (Museumsinsel). 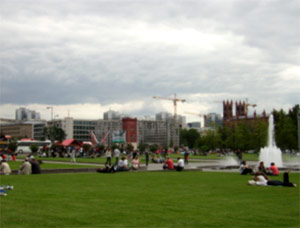 The result of a vast renovation program, the island has five major museums as well as the Berliner Dom, the great Berlin cathedral. Opposite, you can see the remains of the Communist Party headquarters, which continue to be dismantled over the years...

On the island, don't miss the Pergamonmuseum, a set of three distinct museums whose entrance is 8 euros.

First, there is a breathtaking collection of antiquities (Antikensammlung), including the Pergamon Altar (which gave the museum its name), a vast monument dedicated to Zeus.

You can also go for a walk to the Near East Museum, whose Assyrian and Babylonian objects do not fail to provoke wonder...

And even, even older, objects dating from the Sumerian period!

Finally, the Islamic museum offers a dive into Muslim art, from the time of the great caliphates (7th-8th centuries) to the 17th century. 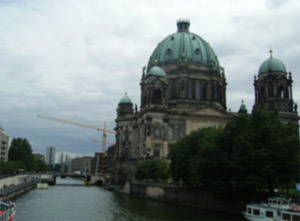 View of the Berliner Dom

Another great museum not to be missed is the Old National Gallery. A vast building erected in the 19th century and supposed to symbolize the power of the German Empire, it houses works from the end of the 19th and 20th centuries. There is in particular an interesting collection of impressionist painters (Degas, Monet, Manet…).

And then, we also take a tour of the Altes Museum (Old Museum) whose collection of Egyptian art is one of the most impressive in Europe. We discover for example the famous bust of Nefertiti.

Beyond the museums, the island has within it one of the most striking monuments of Berlin: the Berliner Dom.

It takes 5 euros to enter and especially climb to the top and admire the view.


This imposing cathedral began to be built at the very end of the 19th century, at the instigation of King William II.

If the view is breathtaking from the dome, you can also take a tour of the crypt, which houses most of the tombs of the sovereigns of the Hohenzollern dynasty.


A dive into the royal history of Germany… 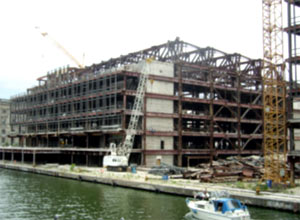 The former headquarters of the Communist Party

On leaving the Berliner Dom, it is impossible to miss the former headquarters of the Communist Party opposite.

Hideous, massive, useless, the building is nevertheless part of Berlin's history, and its dismantling, which began a few years ago, is not ready to be finished...

The island of Dugi Otok ❯