Get an essential insight into Berlin's Nazi past during this informative walk through famous Third Reich sites. Accompanied by your knowledgeable hiking guide, you will visit Berlin from Wilhelmstrasse to the former Prinz-Albrecht-Strasse and Hitler's bunker site 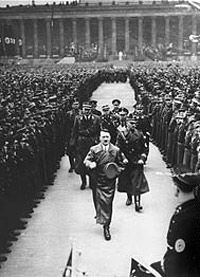 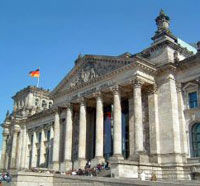 The elegant Wilhelmstrasse with its surrounding streets acquired a terrifying reputation during the Third Reich. The Wilhelmplatz, Minister of Propaganda Joseph Goebbels, transformed into an 18th century palace in the sinister Ministry of Propaganda.

On this same square, Hitler built his intimidating New Reichschancellery, very close to the bunker where he committed suicide. Goering built the monumental Air Ministry on Wilhelm Strasse, while Himmler's SS and Gestapo headquarters turned to Prinz-Albrecht-Strasse at the Third Reich's most feared address.

On this walking tour, you will learn about those who fought against the Nazi system of terror, the destruction of Berlin by aerial bombardment, the Soviet Battle of Berlin and the final attack on the Reichstag.

This visit will rid you of the myths discovered in the region.

Starting point :
Start of the visit at the ZooStation (Bahnof Zoologischer Garten). The meeting point is easy to locate and your guide will be waiting for you.

Return details:
The tour ends at Mohrenstrasse U-Bahn station around 3 hours after your departure.