Filitosa, the long memory of Corsica 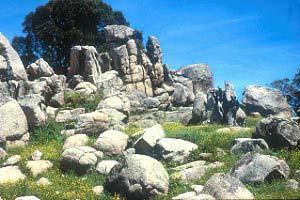 We are in 1946. Charles-Antoine Cesari made a very strange discovery while browsing his land: he discovered several statue-menhirs there.

A few years later, from 1954, systematic excavations were undertaken on this new archaeological site and brought to light several other statues broken or reused in a "torre" around which a fortified town had been built.

It was in the Neolithic era… And Filitosa, since this is the site, has since been a striking shortcut to Corsican prehistory… 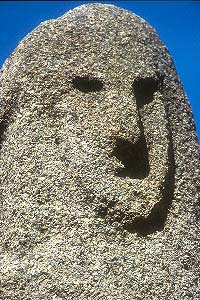 We are therefore around 3.000 BC. Man has been living on the Island of Beauty since the dawn of the Neolithic era, but it was only at this time that a new belief emerged.

This megalithic civilization will leave many traces of monumental architecture in southern Corsica.

The first megaliths are gigantic, rather crude sculptures in the shape of a chest.

Gradually, however, the megalith begins to take on human form and figure to finally turn into an anthropomorphic statue.

Sometimes even more realistic than the statues discovered on the continent. 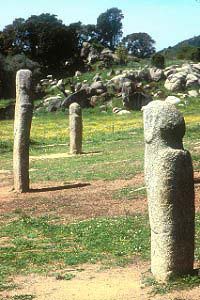 In the rugged and ageless landscape of Filitosa, the remains of a vast Torrean monument rub shoulders with rocky scree gradually invaded by perennial vegetation and several remarkable statue-menhirs.

The one called – in a rather unpoetic way, it is true – “Filitosa IV” is considered today to be the most accomplished expression of Neolithic statuary.

She is also thought to represent an Aboriginal warrior; adding to the reputation of the Corsicans quick to defend their island and their property against all foreign invaders…

1: The most beautiful menhir statues in Corsica are concentrated in Filitosa, in the south of the island

3: Filitosa: a few scree of rocks, an invasive nature and statue-menhirs that stand in a landscape as if out of time

Stroll along the canals ❯

What to do in the Landes? 10 visits not to be missed!

add a comment of Filitosa, the long memory of Corsica