Blois, walk in the “upper town” 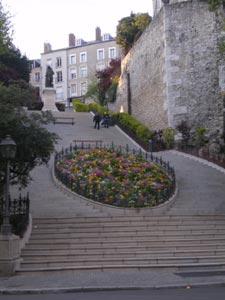 Discover our activity: Private visit of the Château de Blois

Let's go back to where we left you at the end of our first article dedicated to the city and its routes.

So here you are on the banks of the Loire. Return to the city and then take rue Denis Papin. Turn left and take a few steps in the rue des Trois Clés for its facades (still half-timbered).

Then, take rue Denis Papin again to reach the stairs…Denis Papin! But by the way, do you know who this illustrious stranger is?

Nothing less than the inventor of the steam engine and the pressure cooker!

Ungrateful humanity has not really deigned to remember the name of the one who allowed the industrial revolution. Blois, she has not forgotten! 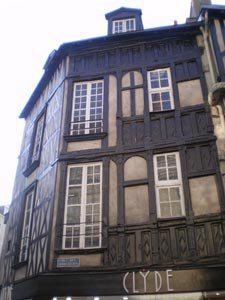 Blois has a large number of stairs that make it charming. That of Denis Papin houses a remarkable flowerbed (embedded in the staircase, you still had to think about it!).

From there two options: either you climb this staircase, or you continue on your right in the direction of the upper town (it will climb anyway!).

Instead, take the direction of the "upper town" (rue des Juifs) and you will have the opportunity to see some beautiful mansions.

At the bottom of the rue Pierre de Blois is one of the oldest houses in the city on which appears an inscription in Latin: "usu vetera nova" ("with use, the old becomes new", a very Renaissance slogan after all !).

Continuing to climb, you will have on your right the Denis Papin house – him again! – in Gothic style, a small footbridge connects it to the other side of the street. On the right, take rue Puits Châtel, for its 16th century houses.

From there, return to Saint Louis Cathedral (you will probably have to retrace your steps because the street is a dead end). Place Saint Louis, the wooden sculptures adjoining the half-timbering of the house with the acrobat seem to put on a show (which justifies the nickname of the house in question). 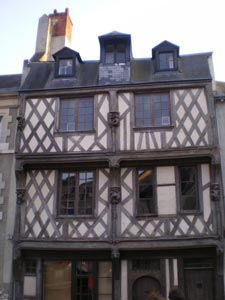 From the gardens of the bishopric, located behind the cathedral and the town hall, you will have a five-star view of the Loire and the other side of the city.

Then, return to the Château de Blois via rue du palais and rue Beauvoir (take a look at the Beauvoir tower).


Go back down rue Chemonton to admire the chancellery, at the intersection with rue du Lion.

Back on Place Victor Hugo, you will not fail to find the splendid Saint Vincent church, as well as the facade of the castle lodges.

You have well deserved a little break: how about a little culinary specialty of the city, a coffee macaron with walnut kernels?

You can explore the city in a horse-drawn carriage, the 25-minute visit leaves in front of the castle and takes you to the quays of the Loire (but not in the "upper town"). Information at the tourist office.
Some additional information on the region: http://www.bloispaysdechambord.com/

add a comment of Blois, walk in the “upper town”