Stroll along the canals 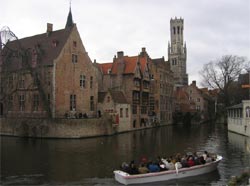 Access to the sea was largely responsible for the prosperous period of Bruges in the XNUMXth and XNUMXth centuries.

The flourishing city was indeed the medieval crossroads of European trade, between England, the champagne fairs, Lombardy and the cities of the Rhine.

The final silting up of the Zwin in the XNUMXth century marked the beginning of a period of decline that would last nearly three centuries.

Antwerp then supplanted Bruges as the gateway for commercial flows which were redirected towards new poles.

It was not until the beginning of the XNUMXth century that the canals were cleaned up and once again became an integral part of the heritage and charm of "the little Venice of the North".

Our activity: Visit of Bruges 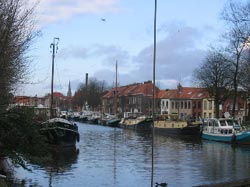 This very pleasant walk takes you away from the crowded center to discover a more residential and quieter Bruges, far from the bustle of the tourist center.

You can do this route on foot but you have to devote a good hour to it.

If you want to save time, you can also take the same route by bike. 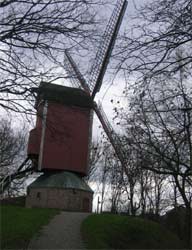 From Jan Van Eyck Square, north of the Markt, walk along the canal for about half an hour.

Admire the magnificent houses lining the canal and the charming bridges that span it.

Everything is of an Olympian calm. You will hardly come across more than a few anglers and joggers.

Once at the intersection with the main road that surrounds the town, you can either continue straight ahead towards Damme, a very pleasant little port town, or turn right towards the first windmill.


Then continue along the circular canal for about half an hour until you reach the Lake of Love (Minewater) and the beguinage.

Along the way, you will come across four windmills which are unfortunately no longer in operation.

You will also see many more boats parked on the water, some of which are even homes.

On your right, the view of the city, the belfry, the steeples and towers of the churches and other tall buildings continues to enchant you.

Fondue after the Snowcat ❯