Explore the city of Dresden, one of Germany's cultural centers, on a day trip from Berlin. Go on a guided walking tour of Dresden and hear interesting stories about the city's vibrant history from your knowledgeable guide. See the city's top tourist attractions, including Semperoper (the Semper Opera House), Zwinger Palace, and Frauenkirche (Church of Our Lady). After the guided portion of your excursion, the afternoon is yours to explore Dresden on your own. Stroll through the baroque city, explore its many green parks, or relax on the banks of the Elbe, which makes up the skyline of Dresden. 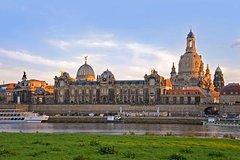 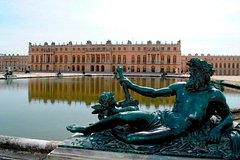 After meeting your guide in central Berlin, sit back and relax aboard an air-conditioned coach on your 2-hour journey to Dresden. When you arrive in Dresden, also known as the "jewel box" due to its Rococo and Baroque city center, your guide will show you around the city on a walking tour.
You will learn more about the history of Dresden and how the city served as a cultural capital between 1806 and 1918 under the rule of the Saxon kings. On your walk, you'll learn about the tragic end of World War II and hear the story of the controversial bombing in February 1945, in which the entire city center was destroyed. After the reconstruction of the city and since the reunification of Germany in 1990, Dresden has experienced a resurgence in importance, being among one of the cultural centers of the country, the city now presents 56 art galleries, 36 museums and 44 cinemas, including the former collection of the royal treasure, the “Green Vault”.
Discover the neo-Renaissance Semperoper opera, in which the famous composer Richard Wagner held some of his premieres. Next to the opera is the Zwinger Palace, one of the most charming Baroque buildings in Germany. Formerly used as a palace for royal parties and celebrations, it now houses museums, including the Old Masters Painting Gallery housing, among other things, Raphael's Sistine Madonna and a porcelain museum. Admire the impressive and recently rebuilt Frauenkirche, completely destroyed in 1945, it served as a memorial to the German Democratic Republic and was not rebuilt until 2005.
At midday, you will have free time to explore this interesting city on your own. To experience the area like a local, grab lunch (own expense) at one of the many kneipen (pubs) in Weisse Gasse, a pedestrian zone in the old town. Later, you can visit the sights you saw on your walking tour from the outside and in more detail. Stroll along the beautiful Elbe River, visit Dresden's many parks, or enjoy a cold beer in a beer garden overlooking the Baroque skyline.

add a comment of Day trip to Dresden from Berlin