The question that the French ask themselves several times a day in Berlin, and wherever they are in the city, is: "there, would I have been in the West or in the East?". 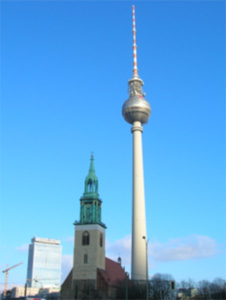 The question is relevant given that at one time, a few meters made the difference. And what a difference!

Berlin is a city that fascinates and will continue to fascinate. It's hard to find a place with so much history on every street corner.

One could even say that Berlin was for a good forty years the symbolic point of a fairly substantial page in world history: the Cold War.

A politician let loose during the week anywhere on the planet: the result was visible immediately, in the street in Berlin.

Daily life was a permanent reflection of the state of international relations.

Few cities have been able to afford this luxury. Hence its nickname of "east-west relaxation barometer"... 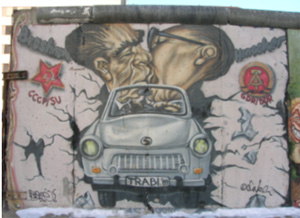 The Germans have some problems with their history, especially in Berlin.

As soon as it is a question of architecture, the debates become interminable in order to know if the building does not recall too much one of the periods of their history, that some would prefer not to see itself so ostensibly recalled.

The subjective helping, the debates can be stormy.

Berlin therefore presents a festival of architectural anything quite successful and bewitching.

The city does not really know any limits in its architectural audacity, hence a caustic result that clearly makes the charm of the city. 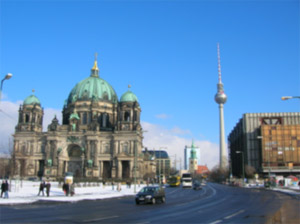 You will therefore see a Reichstag, a building from another era, with a glass roof (yes, it burned down and the Second World War insisted on redoing its facade) next to the Brandenburg Gate, whose quadriga (the Greco-Roman chariot placed on it) has made sense several times throughout history and that Napoleon had stung in passing at the beginning of the XNUMXth century.

The teasing Germans will sometimes remind you of this.

A pointed tower, the "Fernsehturm", ancient symbol of the East, next to the medieval quarter at the origin of the city, all next to the famous Karl Marx Alley (you will see for yourself, barely wide: think of communist art). 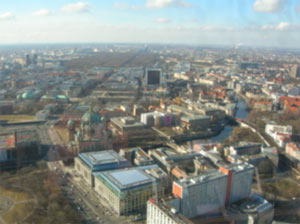 Imagine a city that in history was one morning in 1961 cut in two by barbed wire and soldiers in the middle of the street, then in a few days, by a wall, which will continue to rise higher, to widen, to be decorated, but only on one side.

This, for 29 years. That evening, you shouldn't have forgotten your car at a friend's house and walked home...

This earthy history left marks, still visible today if you walk around the city.

By being attentive, you will even be able to still see some ends of a small discreet wall of 3m80 high. Besides the architecture, the traces of this fascinating history are everywhere, in the air and in the people. What are you waiting for?