Visit some of England's most famous cities and castles on this day trip from London. While visiting Oxford, you'll enjoy a private tour of Christ Church University College and see many of the Harry Potter film locations, including the Hogwarts Dining Hall. Visit medieval Warwick Castle containing Madame Tussauds wax figures and learn about Shakespeare's birthplace, Stratford-upon-Avon. 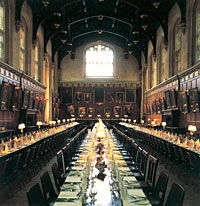 warwick castle
With a history dating back over 1000 years, Warwick Castle brings you to a world era of banquets, battles and royal splendor. Visit Madame Tussauds wax museum, to see and hear the Earl of Warwick preparing for battle and take a look at the ghostly dungeon where prisoners were tortured.

Stratford-upon-Avon
Birthplace of William Shakespeare, the greatest writer in the English language, and home to the theater of the famous Royal Shakespeare Company. A river winds its way through the town from Holy Trinity Church, where Shakespeare is buried. There are half-timbered buildings that date back to Shakespeare's time, including the cottage of Anne Hathaway, whom he married in 1582. You can visit Shakespeare's birthplace, before having lunch in a 15th century pub in the picturesque Cotswolds.

Oxford and
Oxford has one of the largest and oldest universities in the world, as well as some of the finest architecture in Europe. The colleges themselves are among the highlights, their stone walls covered in ivy to protect the beautiful chapels, halls and libraries.

The noblest of the colleges is Christ Church, the home of Oxford Cathedral and the university's largest quad. The dining room was chosen as an important location in the Harry Potter movie. You can find out more about famous students of the College, including Albert Einstein and Lewis Carroll, who here wrote his enchanting tales of Alice in Wonderland. Before visiting the Church of Christ, you can have tea in the store where Alice in real life bought sweets there!

add a comment of Warwick Castle, Stratford, Oxford and the Cotswolds Day Trip from London