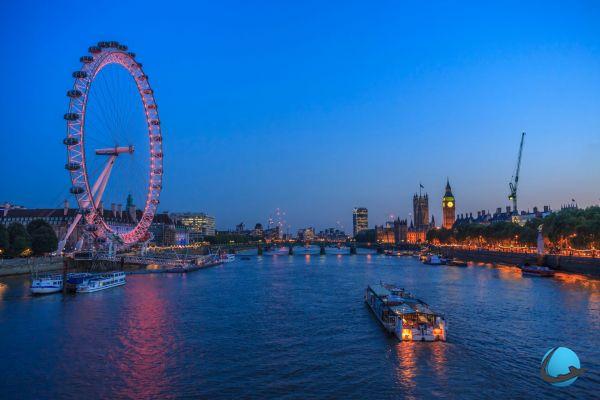 Founded 2000 years ago by the Roman invaders, London stands out today as a cultural, political and economic capital of planetary stature. A world-city just like New York, Paris or Tokyo, the City is an English-style melting pot: more than 50 nationalities represented for a total of around 300 languages ​​spoken ... Here's everything you need to know before you go sightseeing in London!


What are the symbols of the city?

To take the measure of the City, a single stay is not enough ... the gigantism of London and the profusion of attractions denote an absolutely incredible tourist wealth: you only have to see the number of famous museums to be convinced! Buckingham Palace, Tower Bridge, Big Ben, the British Museum and the National Gallery are a must-see for a first encounter with the rich history of the capital of the United Kingdom. 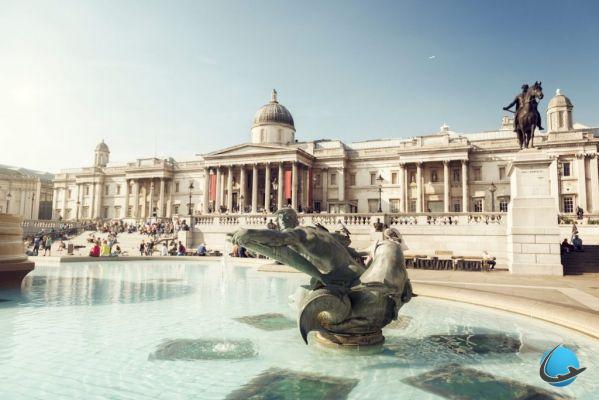 London is a cultural city, but also a city that knows how to take its time, especially at weekends. Londoners love to enjoy their huge parks, such as Hyde Park or stroll along the Thames.

What is the best time of year to visit London?

You can visit London all year round. However, certain periods will be more favorable according to your expectations. The best of them, climate side, runs from April to August. The sun and mild temperatures will be there. However, from June to August, it is also one of the most expensive periods to stay and where tourists flock enormously, just like in December. In winter, beware of the sun, which sets early, around 16 p.m. 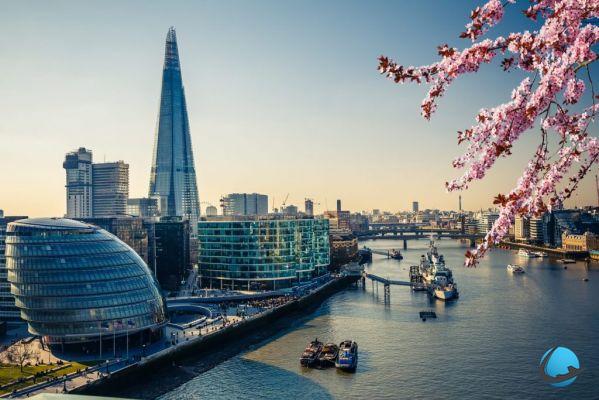 The Thames in Spring

Is the city suitable for children?

If you are traveling with children and during the London school holidays, you will have the privilege of having many activities to offer them. Indeed many museums offer interactive and fun tours. Also, several fairgrounds are set up all over the capital. Outside of school, don't panic, your children will also be delighted by the many parks and games available in these. Several attractions will be adapted to their different ages. London really offers the opportunity to have fun, for young and old alike!

TO READ : What to see and do in London with a child?

What budget should you plan for during your stay?

If you want to budget for your stay to visit London, you will need to determine in advance several small things. For example, your type of accommodation, the visits you want to make, whether you prefer a snack in a park or a gourmet restaurant, etc. Note that the price of a menu for one person in a typical restaurant is around 15 pounds sterling, or around 18 euros. A beer on the terrace will cost you around 5 pounds (around 6 euros). You will have noticed it, the prices are slightly higher than in France. 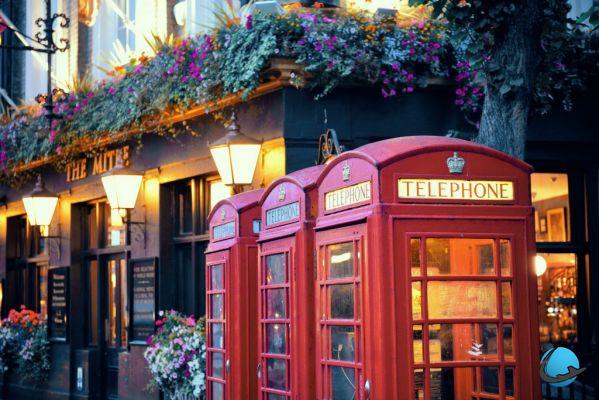 If you are staying at a hotel, try to book as early as possible, the rates will be a little lower than last minute. Normally, plan on a budget of 100 to 150 € per night for 2 people for a hotel in central London. Regarding your outings, the budget will be defined according to the activities you want to do, but also according to the pass you choose to visit London. The pass is not compulsory but highly recommended to achieve great savings once there!

How to reach London from France?

London has four main airports: Stansted, Heathrow, Gatwick et Luton, which makes it possible to serve all the airports of the world and to take national companies or Low Cost planes.

The Eurostar is an original way to cross the Channel since it goes under the sea. In addition, prices are more and more attractive, and the train arrives in downtown London, at St Pancras Station.

For a long time, ferries were the most popular mode of transport to get to the English capital by car. Ports like that of Dover near Boulogne, or that of Le Havre, still allow to cross the sea in an economical way.

With all this public transport, it is very easy to spend a weekend in London. Think about it during the May bridges!

How to get around the English capital?

London is an international city which has developed its transport network at the same time as it has grown.

Managed by Travel For London (TFL), public transport takes many forms. First of all, the metro. Called the Tube or the underground, this is the oldest metro in the world, since it was first put into service in 1863. The lines serve North London more than South, due to the history of the city and its heart of development. Thus, travelers can get to all the main cultural and leisure centers without wasting time. Recognition of the main lines is facilitated by a simple and efficient color code: a line corresponds to a color on a map, color also used on the metro ... 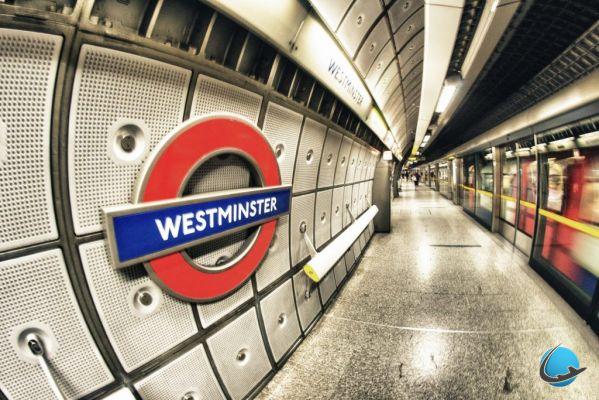 Along with the metro, there are around 700 bus lines in London! These lines serve mainly the South and are also subject to a slightly more basic, but practical color code: the green are bound for London and its suburbs, while the reds only serve central London. Prefer it to the tube, especially if you are coming to London for the first time: this is how you can appreciate all of the city's famous landmarks, from Buckingham Palace to Big Ben to the British Museum, but you will experience London's culture the best. Finally, it is always convenient to be able to climb in night lines, when all subways are closed.

As in all large megalopolises, there are commuter trains which serve the most remote districts. Their terminuses are located in stations as famous as Waterloo station, where the Eurostar stopped until recently.

London cabs do not all charge the same prices. Some taxis, called mini-cabs, are private and located in all strategic points. However, these are prices that you can negotiate. 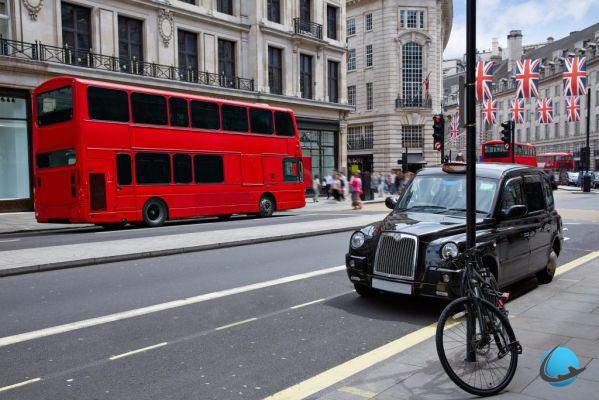 Whether you decide to bring your own car or hire one, there are a few things you need to know before you come to London. The city has decided to tax individual vehicles and to favor public transport. As a result, you will have to pay this tax for each day you spend in London. Moreover, while it is practically unnecessary to remind yourself that the English drive on the left, this originality entails modifications compared to our own highway code. So, naturally, you have to pass on the right, but above all, take a roundabout on the left and give priority to vehicles already engaged and coming on your right.

Which neighborhood to favor for accommodation?

In London, several districts are very pleasant to stay there, you will be spoiled for choice when choosing the one where you want to stay. Lhe most famous is undoubtedly that of Westminster, the district of central London but it is also the most expensive and where the tourist influx is in full swing. You can totally get away from all the hustle and bustle by staying in the neighborhood. of Notting Hill or that of the City. 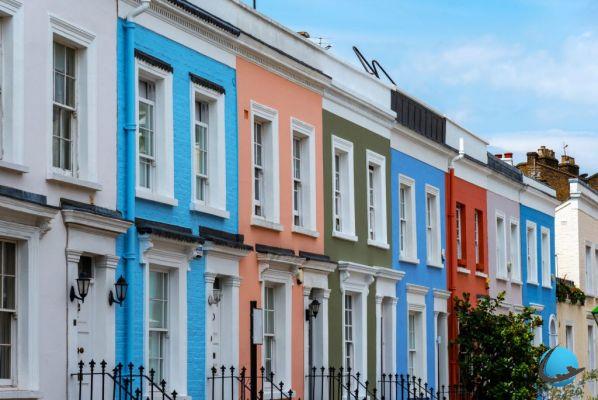 You will have no trouble getting to the most attractive areas during the day. Indeed, we have seen that the capital is very well served by public transport. Moreover, when you choose your accommodation, take care to look where the nearest metro station is. This will make it easier to get around the city. On the other hand, a few districts, which are absolutely not touristy, are to be avoided during your stay. Reputedly ill-famed, they can prove to be dangerous. Among other things, prefer avoid the neighborhoods of Seven Sisters, Camberwell, Limehouse, Stockwell or Tottenham Hale. All these districts are anyway quite far from the city and the points of interest of the capital.

Find a hotel or rental in London:

What to eat and drink in London?

English culinary specialties are very special and known around the world. Who hasn't heard of pudding or jelly before? These two dishes which at first glance do not particularly appeal to you but which nevertheless delight the taste buds of English people and London tourists! These two are really must-haves to taste during your stay.

The famous London Fish and Chips

Another quite famous specialty in the country is le fish and chips, the English are crazy about this fast food dish. Indeed, they are quite simply fried fish fillets (place, toggle or haddock) served with fries and sometimes peas. Le fishcake, also prepared with fish, is regularly found in fast food restaurants. Presented in the form of a pancake or a dumpling, it is a tasty mixture of potatoes and fish, rolled in breadcrumbs and then fried. As for drinks, you will need to take a tea break, commonly called "teatime" by Londoners. This will be the opportunity for you to treat yourself to an English tea party in one of the capital's many tea bars.

What monuments and visits are there to do in London?

Visiting London will prove to be more complex than you think so much there are things to see in this city. 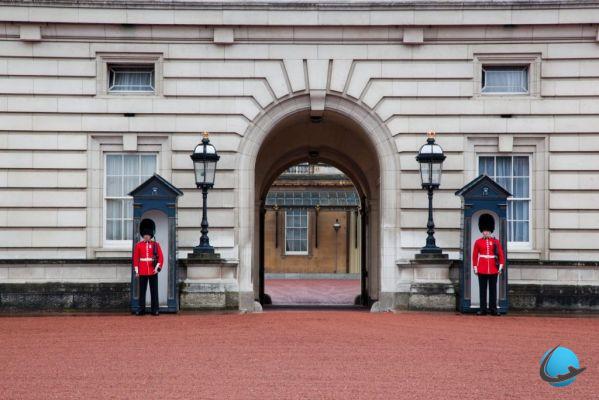 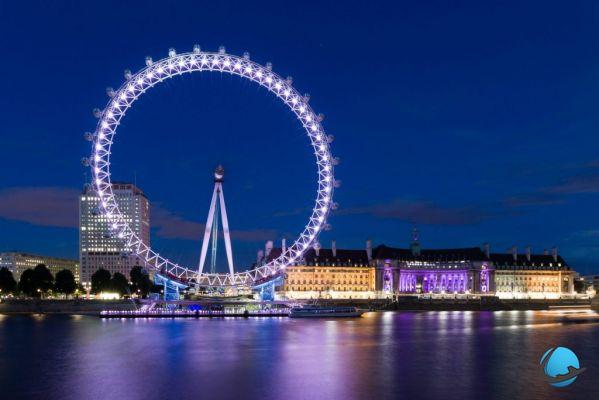 Several passes are available and recommended to save money during your stay in London. However, one of them stands out and will make you discover London at a lower cost. This is the London Pass: easy to order, just go to the official website and download it after payment. The prices are decreasing, depending on the number of days purchased. You will have access to a 180-page guide full of essential things to visit London. It is also free access to more than 80 monuments, museums and other city attractions. You will also get a free ticket for a short cruise on the Thames. But also of many reductions in restaurants, bars and other shops in the city. It is important not to do without it during your stay in London, you will get the most out of your London Pass from your first visits!

Where to go out in London?

London is also famous for its nightlife and the arts: going out is a national sport for Londoners who are very fond of it. The districts of Soho, Covent Garden, Mayfair or Piccadilly Circus have some of the most famous theaters, performance halls, pubs, restaurants and nightclubs, many of which have an international aura. 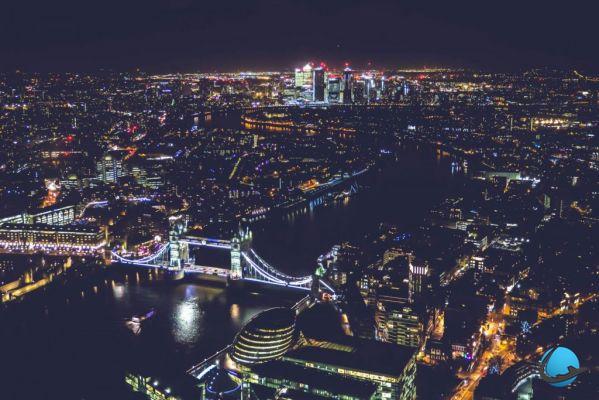 In this city that has seen famous rock bands explode, a concert is a virtual obligation for any self-respecting visitor. The excellent Time Out magazine will help you choose from an abundance of programming, symbol of all the culture of the city.

Where to shop in London?

When it comes to shopping, London is a must! Fashion capital of the world with Paris and Milan, you will find luxury goods without difficulty, especially at the famous Harrods store, in the district of Knightsbridge. If you are more into alternative and eccentric, go to Camden Market, a very… amazing fashion market! 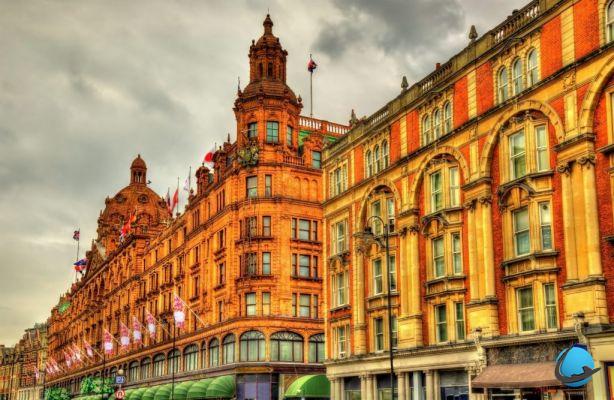 To travel without surprises, consult the various practical information available to you.

Brave the fog in the neighborhoods of London!

Haven't you scheduled your London tours yet? Discover the essential visits to do in the English capital!

Visit Macau, the most Portuguese of Chinese cities ❯

add a comment of Visit London: the essentials to know before you go