Spies: in the footsteps of James Bond 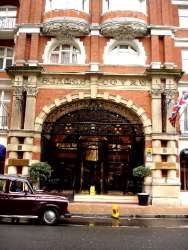 In a palace at tea time or for a gala party, look at this gentleman in a gray suit surrounded by women with diamond eyes.

Great luxury and great risk may go hand in hand.

Be careful when leaving the hotel… double agents and cold-blooded criminals could be on the lookout.

Imagine yourself in the films of 007, the hero of writer Ian Fleming. In London, the search for James Bond is open.

Among the sports cars nonchalantly left in the valet, there could also be the ejection-seat Aston Martin of our favorite spy.

Take a “cab” and engage in an imaginary chase from Mayfair (the residential area where the real Ian Fleming lived). 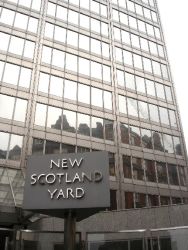 Don't lose your composure as a quiet tourist. Tracking down James Bond is not easy.

Don't give up, you have to be patient. The real 007s don't want to show themselves in public.

If you arrive at Scotland Yard, you have made a mistake. It's the Metropolitan Police here, not the Secret Service.

We certainly deal with serious crimes and we like Sherlock Holmes novels but not 007 films. 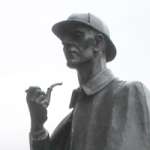 You can also opt for a Sherlock Holmes spinning.

Ring the bell at his house: it has been reconstructed in a museum on Baker Street. 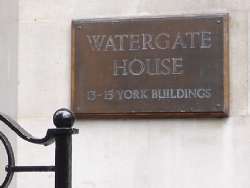 Leave your taxi in Whitehall. Here, the pavement slabs have been trodden on by generations of secret agents.

Today, there are only administrative offices.

But you will find a "Watergate House" plaque... and in an old hotel now closed there were surely the laboratories of Mr. Q, the genius of gadgets!


But to be even closer to the spies, follow the guides of the London Walks and you will be aware of any unmentionable secrets.


For those who have a weakness for encrypted language, your paradise will be Betcheley Park.

70 km northeast of London, this is the HQ where the British “broke” German secret codes during WWII.

To definitely step into the fog that surrounds Her Majesty's Secret Service, you can always embark on a career as a spy in MI6….

If, on the other hand, you have a counter-spy heart, there is MI5. Clearly places not to visit as a tourist.

But the exterior view of MI5 headquarters at Vauxhall Cross is intriguing for its anonymous complexity.

add a comment of Spies: in the footsteps of James Bond