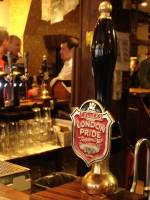 Four centuries ago, Soho was just a buzzword for duck hunting. Today, Soho is the watchword of London nightlife: pubs, music and… sex.

In a cheerful confusion, you will find side by side Victorian pubs, three-star restaurants, gay bars, the best Italian cafes, the alleys of Chinatown and the Pigalle across the Channel.

Soho is a multi-faceted place just a stone's throw from theatres, shopping on Oxford Street and the British Museum. 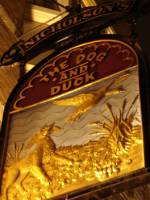 As in the XNUMXth century, when Casanova participated in the parties of the Georgian aristocracy, Soho is a huge park of night entertainment.

In summer, the funfair in Leicester Square adds a final festive touch to a district that is not lacking.

Because all year round you can go and taste the best beers (Timothy Taylor, London Pride or Guinness) in legendary pubs.

Try the "Spice of Life" (in his cellar played a certain Bob Dylan) or even go to "The Dog and The Duck" (this old sign evokes the time when Soho was only a hunting ground) or even the "The Coach and Horses" or the "French House"...

A memory of the time when the Huguenots had settled in the district after the revocation of the Edict of Nantes (in 1685). 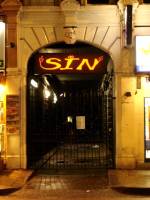 For lovers of calm, take a walk in Soho Square and find a little greenery and two unique churches.

The only French Protestant temple in London and the Catholic Church of St. Patrick are face to face. Originally a French place of worship, St-Patrick will become the center of the Italian and Irish communities.

You can attend masses in French, English and Cantonese.


On this same Soho Square, at N.1, is Paul McCartney's production company.

His office is on the first floor, easily recognizable by the shine of the platinum discs that cover the walls.

Also in this small square, there is the headquarters of the Twentieth Century film house and other film producers live in the area.

So, you no longer wonder why the rents are so expensive here. Hyper-trendy restaurants, such as L'Escargot and Quo Vadis, are not lacking either. 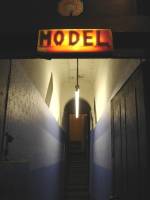 Soho is hype, but with contrasts. Next to chic restaurants, the entrance to a place with red lights…

And at the same time, the best coffee at Bar Italia is flanked by Thai restaurants offering £3 “all you can eat” menus.

Without forgetting the blue plaques indicating the famous people who lived in Soho: Mozart, Marx…

You will also find the building where John Logie Baird invented the television. And to end your evening in Soho, don't forget the music.


A little after the very young Mozart… Soho was the center of musical renewal in the 60s and 70s: pop, rock, reggae… Rolling Stoles, Led Zeppelin, Sex Pistols, Bob Dylan…

They all played in the "venues" of Soho. Unfortunately, the wild gigs are over…but you can still hear great jazz at Ronnie Scott's. 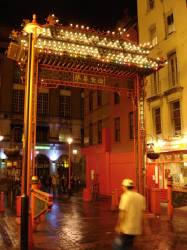 The Chinese are at home in London. Tea issue!

When the English fell in love with the Asian drink, Chinese merchants landed in London in the XNUMXth century and settled on the docks of the East End.

Their neighborhood was heavily bombed during World War II.

As a sign of gratitude, the British authorities gave the Chinese community two streets in Soho: Gerrard Street and Lisle Street.

Chinatown especially comes alive for the fall festivities and Chinese New Year in February. As for the restaurants, there are always freshly opened ones!