The wedding of Prince William and Kate Middleton will take place in London, in Westminster Abbey on April 29, 2011.

Take advantage of this walking tour of the princely wedding to share the enthusiasm of this historic event by discovering the London of William and Kate. Accompanied by a guide specializing in the most interesting royal gossip, you will admire the main attractions of London which are related to the princely couple and the lesser known places which have enamelled their life in the capital. 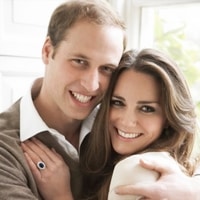 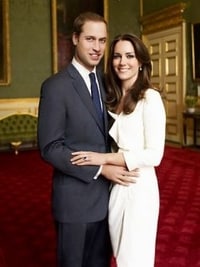 Departing from central London, the Princely Wedding Walking Tour will begin with a plethora of anecdotes to introduce you to the sentimental scene of the British Royal Family. Discover the secrets of Kate's commoner life, and the places that have been the scene of her romance with Prince William for the past 9 years.

Highlights of your 2-hour tour include Buckingham Palace, the Queen's official residence, and St James' Palace, London's oldest royal palace. Among the less conventional places, discover the Garrards house, the jeweler who created the engagement ring of Princess Diana (now worn by Kate), and the hedonistic nightclub Mahiki where the young royals spend their nights partying .

Your tour will end at Westminster Abbey, where William and Kate will be united by the Archbishop of Canterbury in front of 2 people. In the absence of a personal invitation to the event, the Princely Wedding Walking Tour is the best way to soak up the marital fever that is currently gripping Britain!

Whether you're a romantic royalist, an aspiring Anglophile, or simply inconsolable that Britain's finest party finds itself out of the loop, this tour offers an unforgettable perspective of London and the life of the royal family.